"Officer Forbush did not relinquish his right to think, care, and speak about politics and current events when he accepted a job as a police officer," his lawsuit reads 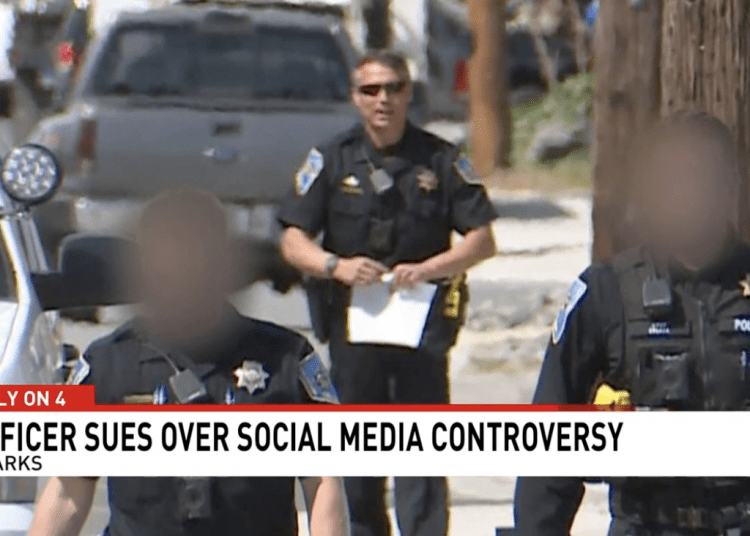 SPARKS, Nev. — A veteran police officer in Sparks, Nevada who was disciplined last year for controversial social media posts has sued the city, claiming they violated his First Amendment rights. George Forbush was suspended for four days without pay by Sparks police after the city reviewed more than 700 Tweets from his account. The review was initiated due to an anonymous complaint about Forbush’s behavior online.

“I have 6 AR 15 rifles. I always thought having an AR 15 0r AK47 pistols was pointless because of lack of shouldering, but now I’m going to build a couple AR pistols just for BLM, Antifa or active shooters who cross my path and can’t maintain social distancing,” Forbush reportedly wrote from his personal account in June 2020, according to News 4.

“Officer Forbush did not relinquish his right to think, care, and speak about politics and current events when he accepted a job as a police officer,” his lawsuit reads, according to the Post Millennial.

Forbush is seeking $1 million in damages because, the suit said, the disciplinary action caused him psychological, emotional and reputational harms and will hurt his post-retirement employment prospects.

“A public employer may not discipline or retaliate against its employees for the content of their political speech as private citizens on matters of public concern,” the suit said.

Lawyers wrote that nowhere on Forbush’s account did he reference his employment as a Sparks police officer or claim to be representing the agency.

“Our Constitution protects the right of everybody to engage in First Amendment activity, meaning public discourse on matters of public concern,” said Caleb Mason, an attorney representing Forbush.

“Forbush’s case is a warning broadcast to all city employees that they had better not say anything, anywhere, in any forum, even in their personal social media discussions of matters of public concern,” reads the lawsuit.

UNR assistant professor of media law Patrick File told News 4 the case could come down to whether his personal posts harmed the reputation of the department or disrupted the workplace.

“When (speech) has the possibility of interfering with the employer’s mission and making it difficult for them to do their job, then that’s not protected speech,” File said.

The City of Sparks’ social media policy says, “employees and elected officials should not post discriminatory remarks, harassing statements, and threats of violence or any language that can be viewed as malicious, obscene, threatening or intimidating toward fellow employees, citizens and vendors.”

Forbush is a bomb squad technician who has served the department for 19 years, the Post Millennial reported.

City officials and police have not yet released any comment on the lawsuit but have hired independent counsel to defend the city in the case.