'They don't have a scenario at the academy where we practice this one,' commander says 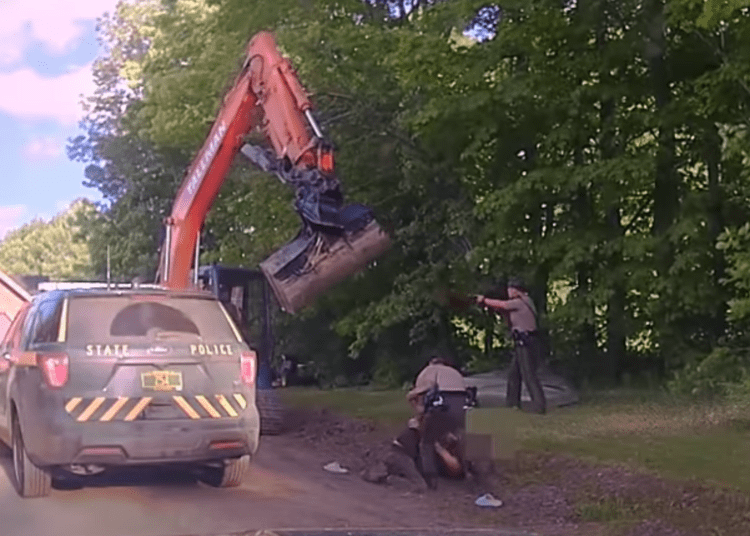 Troopers were threatened by a man operating an excavator. (Vermont State Police)

HARDWICK, Vt. – Troopers of the Vermont State Police found themselves in an unusual predicament of being threatened by a man operating an excavator while they were arresting a suspect accused of burglary and assault, according to the agency.

State Police said the troopers were in an “unexpected and dangerous situation” as the “parents attempted to hinder the arrest.” VSP issued a statement along with dashcam video of the atypical confrontation.

“Last week, two of our troopers found themselves in an unexpected and dangerous situation when they went to a home in Hardwick to arrest a suspect in an assault and burglary case. The suspect’s parents attempted to hinder the arrest, and ultimately the suspect’s father menaced and attempted to assault the troopers using an excavator. Thankfully, the troopers were unharmed and able to arrest all the parties involved without any injuries.”

VSP noted in their Facebook post, “One of our commanders said later: ‘They don’t have a scenario at the academy where we practice this one.'”