'I'm still the sheriff,' Peter Newton exclaimed despite a prior announcement that he would leave office 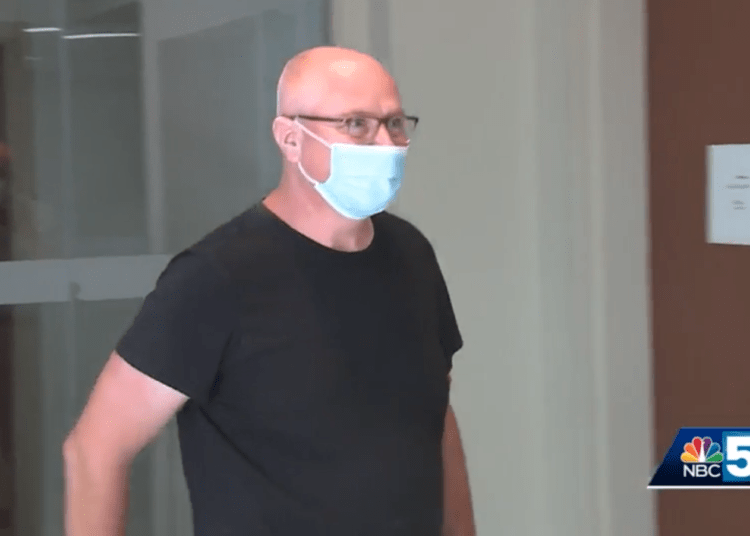 Newton, 50, is accused of abusing a woman with whom he had a relationship. Hence, he faces a total of four counts, two for sexual assault and a count each of unlawful restraint and domestic assault, My NBC 5 reported.

The Democrat sheriff showed up to court for his arraignment on Tuesday. When asked following the hearing if he would resign, he said he would remain on the job despite others calling for his resignation.

Addison County High Bailiff Dave Silberman and some state lawmakers are part of the contingent that have called on Newton to resign, according to Law&Crime.

“Like all people charged with crimes, Sheriff Newton deserves a presumption of innocence pending trial  and conviction,” Silberman said. “However, it is simply impossible for Sheriff Newton to continue serving the community in a law enforcement capacity under the cloud of these very serious charges.”

Newton was released on $100,000 unsecured bond. In addition to typical bond restrictions, he is also prohibited from carrying out any law enforcement duties, according to WPTZ.

According to court documents obtained by the Addison County Independent, the sheriff abused a woman by going “too far” during sexual encounters that reportedly left her with pain and bruising. Moreover, he is accused of threatening her, and said no one would believe her if she stepped forward with allegations.

“She said Newton told her ‘she was crazy’ and she ‘dreamt it,’” she said in documents regarding the alleged sexual abuse.

They reportedly met after she asked him for help since she had “problems with the father of her children,” and obtained a relief from abuse order against that man.

However, she now says she fears the sheriff, an individual she calls a “predator.”

“[Newton is] above anyone, I’m afraid,” the woman told police in court documents obtained by VTDigger. “He has access to these guns. He’s a predator. This is someone who abuses their power, their position[.] It’s not just him, it’s the entire sheriff’s department because they knew he used his position to get women. They knew that.”

Newton, who won office in 2018, ran as a Democrat, yet claimed he was endorsed by the GOP. However, his claim was rebuffed by Addison County Republican Party chair Jon Christiano, The Sun reported.

Prior to his arrest, the sheriff announced that he would retire. This occurred shortly after local outlets reported in April that the Vermont State Police picked up an investigation into a February “domestic disturbance” that happened at the sheriff’s residence, Law&Crime reported.

While making the announcement that he has now recanted, Newton alleged the woman making the allegations was intoxicated and became upset when he disposed of her alcohol, according to the Independent.

He further claimed that others were leaking information to the media in an effort to undermine his authority by damaging his reputation.

The Vermont Sheriffs’ Association issued a brief statement on Newton’s arrest, according to WVNY/WFFF.

“We are grateful to have a system of justice that pursues allegations made against a law enforcement officer that works to hold them accountable.”