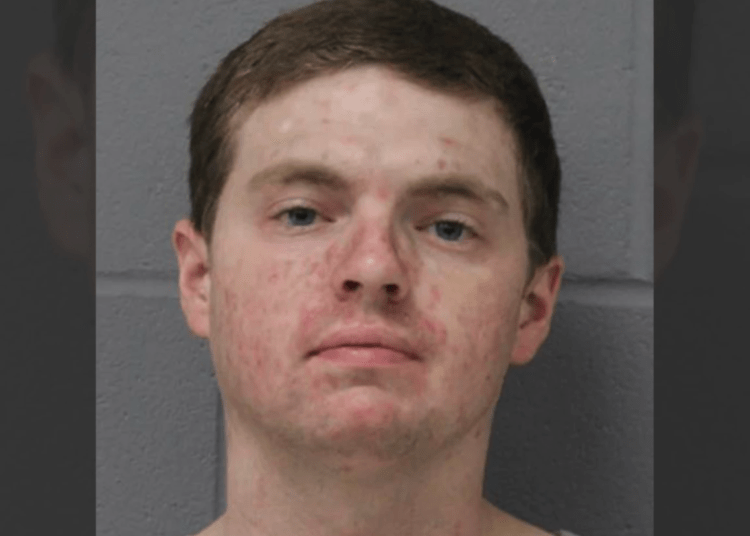 Tyler Hastings Berry was arrested by Austin police for allegedly torturing and killing animals he got on Facebook. (Austin Police Department)

AUSTIN, Texas – A man in Austin has been arrested for reportedly torturing and killing puppies and dogs in various hotel rooms after obtaining the animals on Facebook.

Tyler Hastings Berry made an appearance in an Austin court Friday on animal cruelty charges after he was taken into custody earlier this week over the demented killings, according to court records.

Berry, 27, is accused of killing two puppies and dumping their little bodies in a trash can at his Hyatt House hotel room in August last year, KVUE reported, citing a police affidavit.

The puppies’ bodies and hypodermic needles were discovered in the room by hotel staff members after Berry checked out, police said.

A necropsy later discovered the puppies had gone without food for at least two days before they died, the New York Post reported.

During the investigation, police spoke to Berry’s girlfriend. She said the defendant would regularly get new dogs and puppies from Facebook, but they always vanished.

Although Berry reportedly told his girlfriend he had given the animals away, his explanation always seemed “fuzzy,” police said.

Investigators discovered that Berry had two prior cases of animal cruelty filed against him. One of the cases included an active arrest warrant for the death of a pit bull, the Post reported.

In the June 2021 case that went to warrant, the remains of the pit bull were discovered in the bathroom at a DoubleTree Suites.

The dog had likely been “strangled or partially drowned” in the days leading up to its death, according to a veterinarian who examined the dog.

“During those 24-48 hours, the dog would have been slowly dying and experiencing an unimaginable amount of pain and suffering, until its eventual death,” the police affidavit read.

Berry is charged with two misdemeanor counts of cruelty to non-livestock animals in relation to the puppies and third-degree felony cruelty to animals over the pit bull’s death, according to court records.