Preston Walls, 18, is facing two counts of murder and one count of attempted murder. 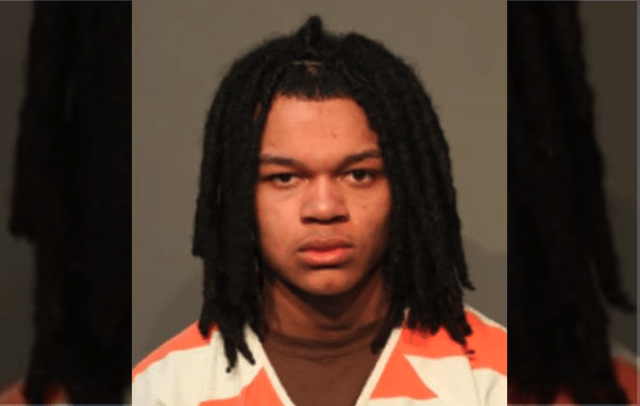 DES MOINES, Iowa — Two students attending an alternative education program designed to assist at-risk teens in Des Moines were shot and killed Monday in what is being described as a targeted attack. The program’s founder was also struck by gunfire. The suspect fled the scene but was later captured.

The unnamed male victims, ages 18 and 16, were attending the program called Starts Right Here, which is affiliated with the Des Moines school district. William Holmes, 49, founded the alternative education program. He was seriously injured by gunfire Monday and underwent surgery, WHNT reported.

Holmes is also an activist and rapper who goes by the stage name Will Keeps. He left a gang lifestyle and has been dedicated to helping youth in Des Moines, according to information from a regional community development group.

The program serves between 40-50 students from the Des Moines Public Schools at any given time. No DMPS staff were onsite at the time of the shooting, according to KCRG.

Authorities said the shooting was the result of an ongoing gang dispute. The suspect was identified as 18-year-old Preston Walls. He was on supervised release for a weapons charge and had removed his ankle monitor 16 minutes before opening fire, police said.

All three victims were at the program Monday when Walls entered a common area where Holmes and the two students were located. The suspect was in possession of a 9mm handgun, according to police.

Holmes was in the process of escorting Walls away from the area, when he broke free, “pulled the handgun and began to shoot both teenage victims,” police said in a statement. Holmes remained nearby and also sustained a gunshot wound as Walls fled.

Officers responding to the scene of the crime saw a suspicious vehicle leaving the area and stopped it. Two people remained in the car, while Walls fled on foot. Officers followed him into a wooded area and deployed K9 units to track him.

Walls was eventually located and taken into custody without incident. The two other people are in police custody, but have not been identified and it’s unclear if they face charges.

Law enforcement authorities recovered a 9mm handgun nearby that is believed to be the murder weapon, WHNT reported.

“The incident was definitely targeted. It was not random. There was nothing random about this,” Sgt. Paul Parizek of the Des Moines Police Department said.

Walls is facing two counts of murder and one count of attempted murder. He was also charged with criminal gang participation, according to law enforcement authorities.

“We are saddened to learn of another act of gun violence, especially one that impacts an organization that works closely with some of our students. We are still waiting to learn more details, but our thoughts are with any victims of this incident and their families and friends. Starts Right Here is a valuable partner to DMPS, doing important work to help us re-engage students, and we stand by to support them during this critical time.”