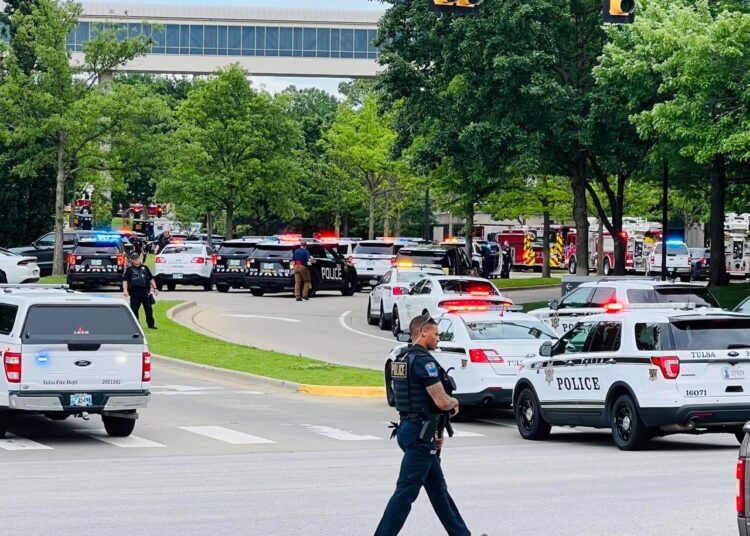 Tulsa, OK. – Four people are dead including a suspect after a shooting at a doctor’s office in Tulsa (OK). Tulsa City Councilor Jayme Folwer confirmed the deaths to local media. Another victim is in critical condition after being taken to a hospital. St. Francis Hospital is across the street from the shooting scene.

The suspect reportedly died by suicide.

Tulsa Police responded late afternoon to the reports of an active shooter. It was quickly announced that the suspect was “down.” Police are continuing to search the building for other threats.

“Our thoughts and prayers go out to those three victims and our police force has been trained, has been prepared for this, and it could have been even worse,” said Tulsa City Councilor Jayme Folwer. “What I know so far is this, is that there are 4 dead so far, and one of those is the shooter, and they took their own life, and there are three innocent bystanders that have lost their life.”

The Tulsa Police Department announced that reunification for families is at Memorial High School.