The shooting is under investigation by the Pima County Attorney's Office 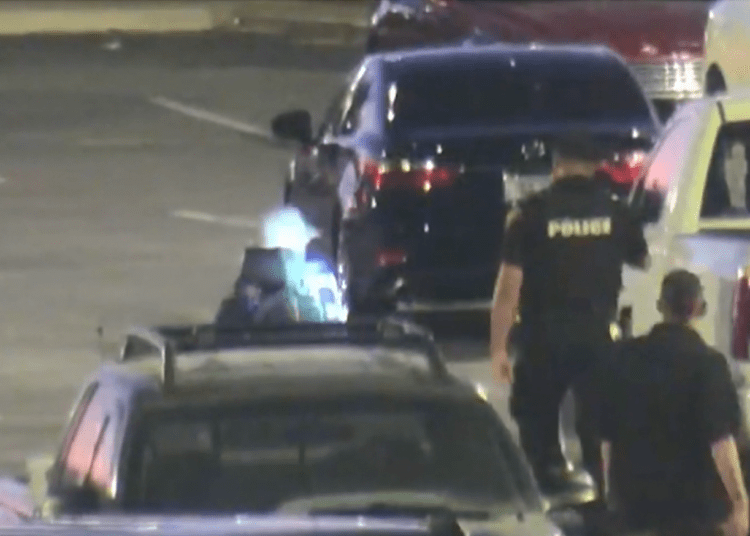 TUCSON, Ariz. — A Tucson police officer has been terminated after engaging in the fatal shooting of a shoplifting suspect who brandished a knife while rolling away in a mobility scooter, officials said.

Richards was accused of shoplifting a toolbox from the Walmart and refused to comply with Remington who was trying to detain him.

Richards reportedly pulled a knife when Remington asked to see a receipt, thus turning the simple theft into a robbery. The suspect remained non-compliant and continued to roll away from the store. The confrontation eventually led to the deadly shooting.

“His use of deadly force in this incident is a clear violation of department policy and directly contradicts multiple aspects of our use of force and training,” said Magnus.

Walmart surveillance video showed Remington and an employee trailing Richards through a parking lot while Richards is in the scooter.

According to the Walmart employee, Richards said, “If you want me to put down the knife, you’re going to have to shoot me,” Magnus said.

Richards continue to plead with the man to stop. Another officer arrived as the suspect made his way toward the entrance of a Lowe’s Hardware Store.

As Richards continued his non-compliance, Remington fired nine rounds, fatally striking the man as he fell to the ground.

Mike Storie is the lawyer who is representing Remington. He told CBS News that videos only show part of what transpired.

“These were cut and pasted videos that show about 20% of what actually happened last night,” Storie said.

He added that his client’s close proximity to Richards did not allow the officer to safely deploy his Taser.

The shooting is under investigation by the Pima County Attorney’s Office.