At least 20 suspects were arrested over the weekend, including the person responsible for the felonious assault with fireworks 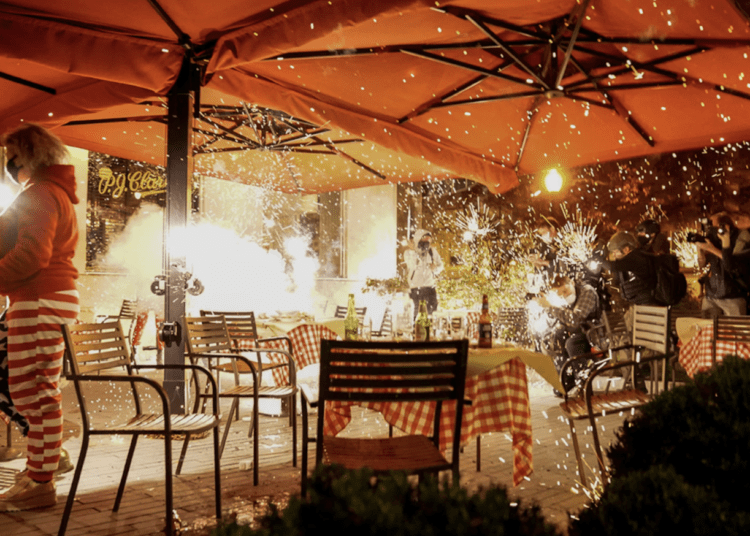 WASHINGTON — Police have arrested a suspect in connection with fireworks that went off at a D.C. restaurant, hitting Trump supporters after Saturday’s “Million MAGA March,” according to reports.

A video of the incident shows a large crowd descending on P.J. Clarke’s restaurant just a few blocks away from the White House. Amid a heated confrontation between a small group of Trump supporters and a hostile crowd, someone sets off fireworks that explode on the patio, Fox reported.

As a result, chaos ensues as parties on both sides scramble to leave the area before police arrive to separate them. Expletives can be heard flying left and right. It wasn’t immediately clear whether any of the diners on the pro-Trump side were injured by the pyrotechnics.

Antifa and BLM members attack people who are eating dinner near BLM Plaza. They threw projectiles and a large firework. pic.twitter.com/w96nbZaJ8F

Antifa/BLM continues to attack Trump supporters who are eating outside with fireworks in Washington, DC. pic.twitter.com/8k32VN4Sm7

On Sunday, police said they arrested Javien Michael Dawson, 26, in connection with the fireworks, WRC-TV reported. He has been charged with assault with a dangerous weapon.

It was one of more than 20 arrests that have taken place in response to the violence that ensued hours after tens of thousands of Trump supporters gathered in Washington Saturday to echo the president’s claims of voter fraud and urged him not to concede to Joe Biden.