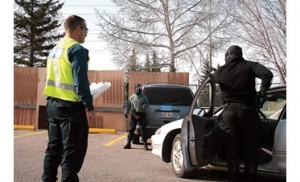 Training To the Decision and Trusting An Officer’s Judgment

Training To the Decision and Trusting An Officer’s Judgment

As a leader in law enforcement, there are likely many things that keep you up at night.  With the recent increased public attention and scrutiny of police officers, questions about how well your officers are prepared to operate in the highly uncertain situations that characterize your field are likely near the top of your list. While having a high degree of trust in an officer’s judgment can minimize this anxiety, developing decision-making skills in younger officers has often been a challenge.  While this is often because the ability to articulate the conditions for situations that are characterized as anything but black and white has been lacking, one of the original goals for writing Left of Bang: How the Marine Corps’ Combat Hunter Program Can Save Your Life was to empower leaders with the ability to use a clear and common language to explain their intent to their organizations. While the terminology that comes from the four pillars of observable behavior discussed in Left of Bang can be applied to any situation that a police officer might face on the job, in this article I’ll show how a leader can explain to their officers what de-escalation is, why it is beneficial, when it should be applied, when it shouldn’t be utilized and how to plan their approach when attempting to calm a situation.

To ensure that techniques are presented in the simplest way possible, all that de-escalation entails is taking a person who is displaying the dominant cluster of observable behavior and transitioning them into the comfortable cluster (here is an explanation about the clusters).  For the situations that permit de-escalation tactics, defining what it is doesn’t require a complicated definition and there is a straightforward explanation that comes from the four types of nonverbal behavior they see every single day.

Step #2:  Explain “Why” an Officer Would Want to De-Escalate a Situation

While there are big picture pros and cons to the use of de-escalation techniques, a discussion about the why de-escalation should be used should be focused on the benefits to the individual officer on the ground.  For instance, to discuss de-escalation from a tactical perspective, you could explain that the benefits that come from a person being in the “comfortable cluster.”

As there is no tactic or technique that is a one size fits all solution, there are also events where de-escalation tactics would put an officer into unnecessary harm.  In an unpublished section from the Left of Bang, Distance and Threats, where we talk about the role of time and space in personal safety, leaders can explain to officers these two vital components to risk.  Attempting to de-escalate situations where an officer hasn’t created the options that come with greater time and space from a potentially violent person decreases an officer’s safety, and attempts should be made to control a situation or create that distance before creating opportunities for an attacker to launch their assault.  In situations when they have created time and space or mitigated the increased risk of close proximity to a potentially violent person, de-escalation and using a lower level of force than what would be otherwise required becomes a viable option.

As a firm believer in the fact that anything complex gets forgotten when under stress, any conversation about how to shift a person displaying the dominant cluster into the comfortable cluster needs to embrace simplicity. As an individual person is either in one of the four mutually exclusive clusters at any moment in time – either the dominant, submissive, uncomfortable, or comfortable cluster – those become the four options available to an officer looking to de-escalate a situation.  Does the situation call for a show of force and dominant display of authority?  Would a non-threatening, submissive posture be the best option to calm a situation?  What about calm and comfortable to show that everything will be okay?  The situation and the intensity of the person’s display of dominance are going to be what dictate the officer’s choice, but by defining the goal, getting the person comfortable, and defining the four options available to accomplish that pursuit, officers are able to make a choice and build in a feedback loop that lets them know if they are making progress or not.

Helping officers shift from the “what to think and what to do” mentality often taught during entry level training into a “how to think and why to do” ability is an essential component to developing their judgment while on patrol. The clear terminology that we establish in Left of Bang can help remove uncertainty from the conversation about what de-escalation is, why it can be a desirable outcome to officers, when to use it (and when not to) and how to think through this type of interaction. This not only makes it easier for an officer on the streets to understand the intent of their department’s leadership, but also empowers a department’s leadership to establish their expectations. The end result is a higher degree of trust that goes both up and down the chain of command.

Patrick Van Horne is the co-author of Left of Bang: How the Marine Corps Combat Hunter Program Can Save Your Life, a former Marine Corps infantry officer and the co-founder of The CP Journal. Follow Patrick on Twitter at @PatrickVanHorne

Patrick Van Horne is the Co-Founder and CEO of The CP Journal. He served in the Marine Corps for seven years as an infantry officer, earning the rank of Captain following his two deployments to Iraq. In addition to serving as a platoon commander, company executive officer and company commander, Patrick served as the officer-in-charge of a training team in the Combat Hunter program.