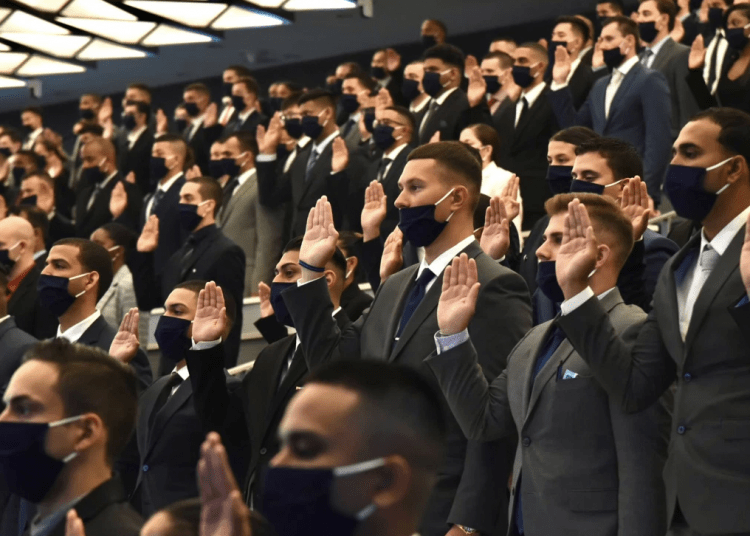 The newest class of 555 NYPD recruits that was sworn in during a ceremony Thursday at the Police Academy contained 42 former correction officers. (NYPD)

There is nothing more insulting than when I hear someone is in a position simply because they are a “token.” Just in case you aren’t familiar with the term, the free dictionary defines it as “a person who is considered as representative of a social group, such as a lone individual or one of a small number of employees hired primarily to prevent an employer from being accused of discrimination.”

It could refer to the new black chief or the female that got a specialty assignment and if law enforcement is honest, we use the word a lot and it’s crap for several reasons.

First, consider how it absolutely destroys the future impressions of the person it is being said about. That’s why it was a grave disservice to what President Biden said about recent Supreme Court Nominee and future Justice Ketanji Brown. Biden told America that he would nominate a black female to the court. He could have said that he was going to nominate the most qualified to the court and name Brown but he didn’t and for that he should be ashamed.

Secondly, labeling anyone a “token” only shows cowardice on the part of the person saying it. It’s an excuse for them to not look in the mirror and analyze how they can improve and how they can achieve success. Ultimately, it’s the weak minded individual that would look at anyone and push them down so they can feel better about themselves.

Third, and most important, it’s racist. While this term is used far too often against people that others simply disagree with, I will use it here because labeling anyone a “token” is making an assumption based on someone’s race. The assumption is that they only achieved something because of a different skin color.

Last, all leaders need to understand that they are all tokens. I don’t care who you are, you are where you are because of the help of someone else.

This is why anyone that labels anyone else a “token” is the ultimate hypocrite. While it may make for a nice motivational poster, no one achieves success on their own.

All leaders are the product of the leaders before them and around them. Maybe someone gave you tips on a promotional exam or a friend put in a good word to give you the ‘break’ you finally needed on the job. Regardless, all of us can point back and understand that we have not gotten here alone.

Frankly, as I enter the twilight of my career, I am more committed than ever to make more tokens. I recently mentored a Nevada Corrections Officer and helped her on a recent promotional exam. She made it but she made it because of the work SHE did. I didn’t stay up late studying and I didn’t take the test for her but like so many others, a few may place a label on her and that says far more about them than it does her.