The former couple had been embroiled in a contentious custody and visitation battle over their child. 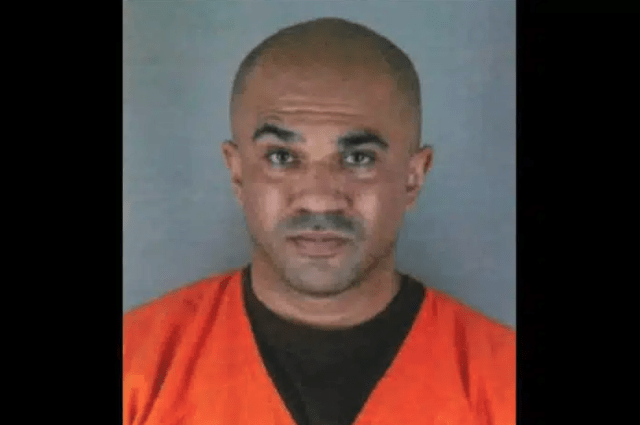 MINNEAPOLIS – The ex-boyfriend of a Minneapolis police crime scene investigator has been found guilty in her attempted murder outside a supervised parenting center last spring.

Timothy Allen Amacher, 41, along with his current girlfriend Colleen Purificacion Larson, 24, were both charged with first-degree attempted murder after Nicki Lenway was shot outside the FamilyWise Service building at 3036 University Avenue Southeast on April 20.

Amacher is reported to be a Taekwondo master and Larson had been a student of his. Larson moved in with Amacher when she turned 18.

Larson is accused of pulling the trigger and shooting Lenway after she arrived at the facility to pick up her then 5-year-old child she shared with Amacher, both of whom were inside the facility when the shooting occurred. Amacher was also convicted on one count of aiding an offender.

According to the charges, Lenway was outside her vehicle about 7:30 p.m. in the parking lot of the parenting center when a suspect dressed entirely in black, with gloves and a medical mask, ran up from behind her and shot her twice. Lenway was struck in the neck and right forearm.

The shooting occurred off camera, but a witness who helped Lenway told investigators they saw the suspect run up behind Lenway and heard shots. The witness told police “the suspect ran away as [Lenway] staggered and grabbed her neck. The witness pointed to where the shooting occurred, and officers observed three .380 discharged cartridge cases and three .380 live rounds on the ground.”

Lenway “suffered a through and through gunshot to her arm, and the gunshot to her neck caused numerous internal injuries, including a perforated lung.” Lenway has since fully recovered but has been left with permanent scars, according to KARE 11.

The former couple, Lenway and Amacher, had been embroiled in a contentious custody and visitation battle over their child. The criminal complaint also alleged the couple’s relationship had involved domestic violence, and extreme harassment and stalking behavior by Amacher over a period of years. Amacher also made several police reports alleging abuse by Lenway and her new boyfriend (now husband). The reports were consistently found to be false, and the child told a social worker at one point that Amacher had coached him on what to say.

Larson reportedly admitted to prosecutors in May that she shot Lenway at Amacher’s direction and that Amacher discussed killing Lenway for a week or two prior to the shooting, according to a court document. Larson asked Amacher if he would let her adopt his son. Amacher reportedly told Larson that Lenway would never let that happen, but if Lenway were “not around,” he told Larson she could adopt the child. Amacher reportedly asked Larson if she could “pull the trigger.”

Charges also say investigators found that in February 2022, Amacher asked a friend of his to kill Lenway for $50,000.

Larson posted a $300,000 conditional release bond in June and has been out of custody since then. Larson’s case is scheduled for a jury trial on Jan. 23, 2023.