A member of the Montgomery County Sherif's Office, a Pennsylvania State Trooper, and an FBI agent were injured in the unexpected blast. 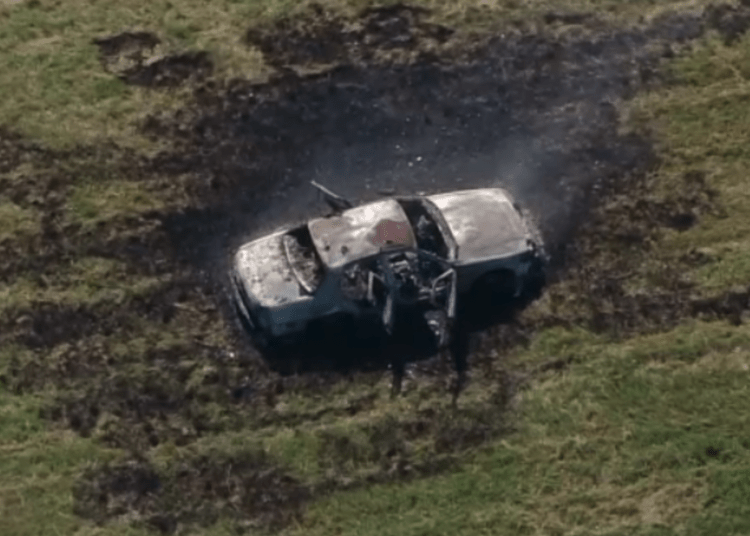 An unexpected explosion injured three LEOs during a training exercise in Pennsylvania on Thursday. (Twitter @6abcDan)

The explosion occurred during a joint training exercise between local and state police along with federal agents.

Images posted to Twitter by Dan Patrick @6abcDan show a burned-out car surrounded by charred turf at the scene.

#Update– SCI Phoenix officials say local ATF/FBI instructors were conducting classes on the property of SCI Phoenix when a explosion occurred when Montgomery Co. Bomb squad were installing a device and it pre-maturely exploded. State PD on scene but were not teaching. pic.twitter.com/5SjMHygkG6

Bomb squad members were reportedly installing an explosive device into a vehicle for training purposes when it prematurely exploded, according to FOX News.

A spokesperson from the FBI said a member of the Montgomery County Sherif’s Office, a Pennsylvania State Trooper, and an FBI agent were injured in the blast.

ATF was also present at the training exercise.

The FBI said all three of the injured law enforcement personnel were taken to local hospitals for treatment, FOX 29 reported. However, no further details were immediately available regarding their injuries or status.

Authorities have launched a joint investigation into what caused the unexpected detonation.