The deputies administered Narcan on themselves 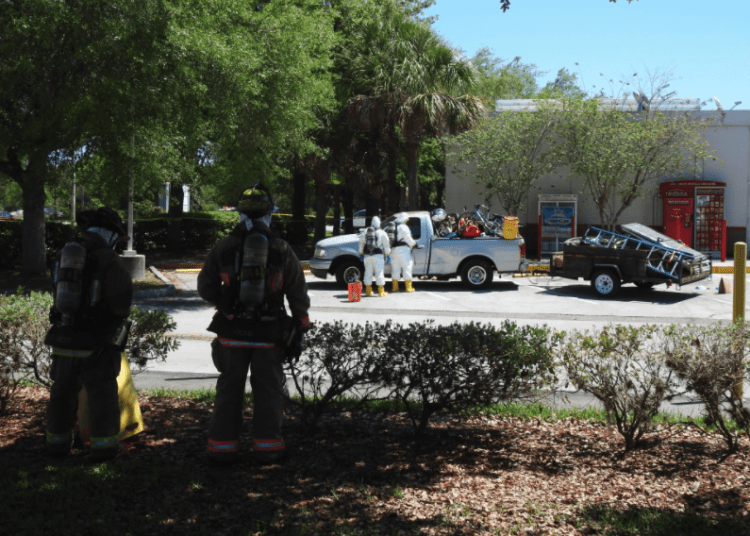 Florida deputies were rushed to the hospital following an exposure to fentanyl earlier this week. (Orange County Sheriff's Office)

ORANGE COUNTY, Fla. – The Orange County Sheriff’s Office in Florida said three of its deputies had to be rushed to the hospital due to possible exposure to fentanyl, reported Business Insider.

After coming across the deadly narcotic while searching a vehicle, the deputies became dizzy, administered Narcan on themselves as a precaution, and rushed to the hospital on Tuesday, the sheriff’s office said.

While searching a vehicle where suspected #fentanyl was found, 3 deputies became dizzy, deployed Narcan on themselves & were taken to the hospital. They are doing well. If you question the dangers of fentanyl, this is how deputies must suit up to handle it. Thanks, @OCFireRescue! pic.twitter.com/4FDlJlLCuv

The deputies are “doing well,” according to the agency.

Last year the San Diego County Sheriff’s Department shared a video with the public after one of their deputies was rendered unconscious by a fentanyl exposure, Law Officer reported.

“Fentanyl continues to be one of the greatest threats facing San Diego County and the nation,” the agency noted in the announcement. “This synthetic opioid is 50 times more potent than heroin. Just a few grains of fentanyl can be absorbed through the body and lead to respiratory failure and even death.”

Sheriff Bill Gore said in the public safety video, “Fentanyl overdoses are on the rise throughout our county. Everyday, deputies recover fentanyl in our communities and the county jails are not immune to the dangers of this drug.”

In March, several West Point cadets overdosed on fentanyl-laced cocaine while vacationing at an Airbnb in Broward County, Florida.