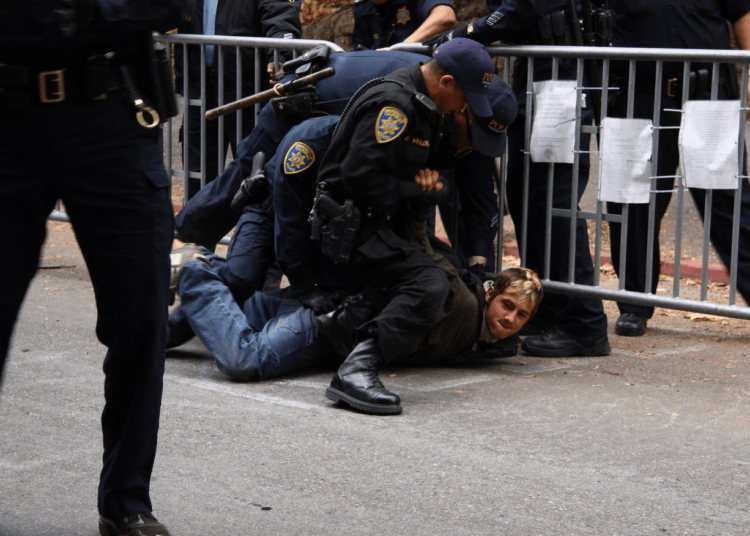 This is how cops “abused me” when I was young and doing all kinds of dumb sh** to destroy my life.

In my early 20s I was a heavy meth user. To fund my habit I was also a drug dealer. Since I used and sold meth, I was not able to keep a job. But it didn’t matter, I made plenty of money slinging crystal. Hell, I didn’t even try to work, why should I?

I thought I was happy, jumping from one party to another; one high after another. But then my world came crashing down when I was busted.

I was selling “ice” to an undercover cop for about a month when suddenly one night, a bunch of cops showed up after one of our deals, pointed guns at me and told me to hit the ground.

Damn, with all the guns pointed at me, I wasn’t about to argue. On a dreary night about 25 years ago, I hit the asphalt, face down. It was a b****. At the time, it felt like I was being “abused,” but in reality, it was the best thing that ever happened to me. Hell, I didn’t recognize the destructive sh** going on in my life until I got sober.

After my arrest, something strange happened. I developed a friendship with the cop who busted me. I worked with him on other cases and helped with some training for officers.

While working with the detective, he began to invest in my life. We had regular conversations about all kinds of stuff. He encouraged me to get sober, and stay there.

Before my arrest, no one really believed in me. When I started going to Narcotics Anonymous, I found more friends who encouraged me to stop hitting the pipe.

Last month I celebrated my 25th birthday of sobriety. It’s only by the grace of God that I can make that claim, which is kind of funny since I never thought I’d make it to 25 years old without overdosing, or something.

It’s still “one day at a time,” but the “abuse” I thought came my way when I was busted, actually saved my life.

I don’t know what else to say, other than not all cops are bad. As a matter of fact, one saved my life.