This Is The Hill To Die On 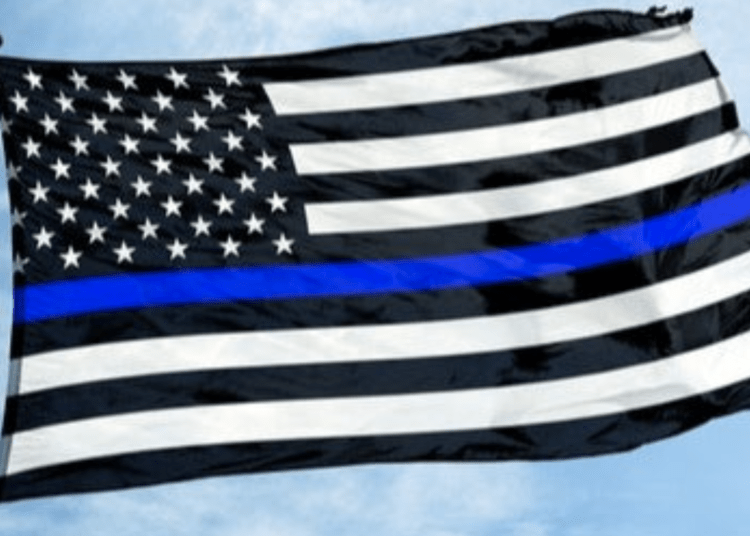 Law enforcement has suffered another case of a police chief forsaking officers, giving in to public opinion (aka “outrage”), and failing to lead courageously. It could have been a moment to educate the public and correct misperceptions. However, the chief of the Los Angeles Police Department (LAPD) banned the display of the “Thin Blue Line” flag—and failed the department while failing to educate the public. LAPD Chief Michel Moore’s decision shows just how horrific law enforcement leadership has become and how far we have to go to make things right.

Sure, we could easily dismiss Chief Moore’s decision or the entire debate. Some might say, “it’s no big deal, it’s just a flag.” But that’s exactly why it’s a big deal. An alarming number of police “leaders” have been routinely ignoring things that are most important to officers to simply appease the opinions of a few. Moore’s decision has made headlines recently, however, the lack of leadership concerning the “Thin Blue Line” flag is hardly anything new. In fact, I started documenting cowardly decisions about the flag several years ago to highlight examples of leadership failures in my seminars. Since then, I’ve amassed so many stories from officers across the country that I could easily hold a week-long seminar on just this topic alone. From a chief apologizing because he had a Thin Blue Line flag in his home, to an agency taking down a flag display donated by a child, unfortunately there are far too many examples that indicate a growing number of leadership failures concerning just this topic alone.

In this case, the complaint from the “the community” claimed that the Blue Line Flag “symbolized support for violent extremist views, such as those represented by the Proud Boys and others.” Obviously, this is just an interpretation—not a factual complaint. Nonetheless, Chief Moore ordered the flags to be removed. In so doing, he seems to have misjudged the difference between a fact-based complaint and a misinformed interpretation. Just to be clear, whenever an interpretation becomes a reason for action, leadership is about to fail. Making matters worse, Moore seems to have conveniently ignored how the flag may be interpreted one way by a few—yet represent something completely different to law enforcement officers and others under his command. If Moore and other police chiefs had any courage, they would have educated the public about this significant and important difference.

When Cowards Respond to Insanity (Not Reality)

Appeasing public opinion at any given moment can pose unintended consequences. Like many repeated failures in the past, Moore’s decision doesn’t make any sense (beyond temporary political appeasement). Far too many “leaders” have mistakenly believed that it’s logical and somehow reasonable to act based upon a complaint (or in this case, an interpretation). Whatever the reason, Moore’s decision is obviously short-sighted: even just one small appeasement can set expectations and invite future demands based on opinion without the need for facts. Once cowardly appeasement begins, it rarely stops—that is, until a truly courageous leader steps in to put a stop to it.

When An Opinion Is Mistaken for a Justified Complaint

There’s also another aspect concerning the Thin Blue Line flag that cowardly leaders tend to overlook. Just because someone in “the community” offers an interpretation about what the Thin Blue Line Flag means, doesn’t mean it holds the same meaning for everybody else. It also doesn’t mean that any given interpretation—or complaint—resembles actual historical facts or truth. As a symbol and a phrase, the “thin blue line” has been in existence for over 100 years. Ironically, it was adopted by the LAPD in the 1950’s to symbolize how officers served as “the barrier between law, order, and anarchy.” The term has been used in movies, documentaries, and widely accepted as a symbol to honor fallen police officers. This is perhaps the greatest failure of cowardly police leaders: any opinion or claim of being “offended” should never automatically overwrite or take away from what the Thin Blue Line means to officers, their families, and to countless Americans—especially for those who have made and suffered the ultimate sacrifice.

Whenever cowardly leaders turn their backs on the significance of the Thin Blue Line in this regard, they are making fools of themselves in more ways than one. They’re fooling themselves if they believe they still have the (moral) respect of officers under their command despite the symbolic slap in the face. They’re also fooling themselves if they believe they’ve somehow won respect from the community. As I’ve noticed from looking at these situations over the years, the opposite often occurs. Far too many cowardly leaders mistakenly believe that appeasing the community improves their popularity or reduces situational pressure. Instead, appeasement tends to simply validate whatever wild criticism those who complain or claim to be “offended” have to offer. Banning the flag based on a complaint and claim that someone was “offended” only validates the idea that the Thin Blue Line flag actually is “offensive.” Needless to say, cowardly leaders have done nothing but promote misrepresentations about the flag and misunderstandings between cops and the communities they serve, which is something that can never be encouraged or condoned.

Craig Floyd (the founder of Citizens Behind the Badge Founder and former Chairman of the National Law Enforcement Memorial Fund) said it best:

“We should not let anyone steal these flags from law enforcement and should never let the media make them out to be anything other than what they are. We must stand together and protect the thin blue line.”

To be clear, the “thin blue line” is the hill for leaders to die on. It represents who we are, what we stand for and honors the sacrifices made by 26,141 heroes behind the badge.

If any leader thinks otherwise, they have no business leading anyone.