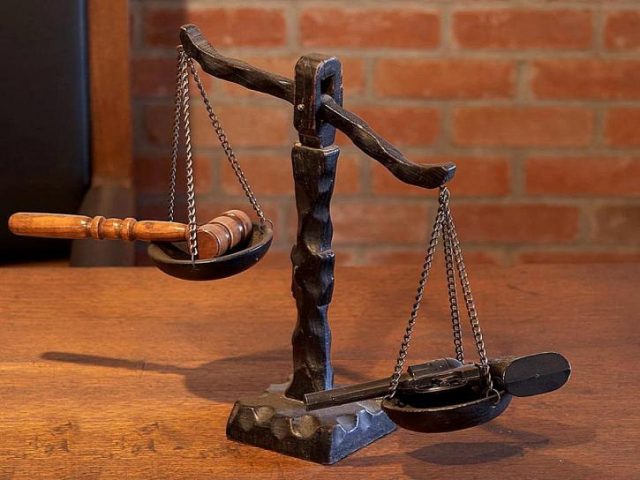 byRobert Michaels
Share and speak up for justice, law & order...

A cornerstone of American jurisprudence is the presumption of innocence. Everyone, including the most terrible in society, are innocent until they are proven guilty. And the government must prove any allegation beyond a reasonable doubt.

This key principle is essential for justice, a fair trial, and must be paired with an impartial jury. The United States Supreme Court has supported this time and time again. And the Supreme Court has even “ruled that under some circumstances, a court should issue jury instructions on the presumption of innocence—in addition to instructions on the requirement of proof beyond a reasonable doubt” (Taylor v. Kentucky).

The presumption of innocence is absolute in any case whether it is Charlie Manson, Ted Bundy, or any heinous criminal or a drunk driver or trespasser. The law has and always will remain, innocent until proven guilty.

The Law Is Clear: Justice Is Blind

In the absence of reasonable doubt, the judge or jury can then, and only then, find the defendant guilty.

This assumes that all the evidence was presented fairly and all jurors or the judge were free from any pressure or incumbrance to decide either way. In fact, prosecutors are mandated to turn over copies of all evidence to the defense – including that which might prove the defendant innocent.

All of those provisions apply….. unless the defendant is a police officer.

This heinous approach to the law is driven by the media, politicians, and special interest groups such as Black Lives Matter and Antifa. These politically charged groups have an agenda bent against law enforcement and regardless of the evidence, their goal is to present the officer as guilty from the very beginning of any allegation.

All too often the media shouts an unarmed man was “murdered” by police within the hour of the incident. Without even the beginning of an investigation, guilt is declared and embraced by activists, politicians and the twitter mob. Crowds gather, violence ensues and the mantra continues. The facts don’t matter and whether the officer was confronted by an armed suspect, or that the suspect refused lawful commands and approached the officer with a weapon, the guilt does not change and the damage is done.

The lies continue on national news and an orchestrated effort with many players ensure that the truth is hidden.

This is nothing short of banana republic journalism and political manipulation.

Whether it’s media reports alleging the guilt and inferring wrongdoing, or malicious prosecutors like we have seen in Atlanta, Baltimore, or Nashville, the law matters not and the presumption of innocence is thrown away as the court of public opinion is used to convict.

Activist groups not only demand a guilty verdict with their immediate mantra of “no justice, no peace,” they carry their slogans out with burning buildings and intimidation, designed to put fear in the very ones tasked with ensuring the rule of law. City leaders pay millions to the family before a trial even begins sending the message to anyone that clings to the age old rule of “innocent until proven guilty,” that they must fall in line.

It is clear that the age old assurance that a defendant is innocent until proven guilty and they are guaranteed a fair trial by a jury of their peers no longer seems to apply to those in law enforcement.

Where is the rule of law?

When did the constitution no longer apply to those in law enforcement? The result has been both shocking yet expected as recruitment in law enforcement is low and retirements are as high as ever in the profession.

America can no longer tolerate a system of justice that disregards constitutional protections of law enforcement, treating them like noncitizens. In fact, non-citizens get better treatment in courts than those in law enforcement.

The system of justice, along with the constitutional rights guaranteed to every citizen must be returned to every citizen, regardless of their profession. Make no mistake, anyone who violates the law, whether they are a private citizen, police officer or politician, should face the consequences, and they should all have equal rights under that same law.

In a recent case, a top leader of a national law enforcement organization openly celebrated the guilty verdict in a trial beset with doxing, prosecutorial manipulation of information, conflicting testimony, political interference, and threats to the jury. This politically expedient endorsement is not in the best interest of law enforcement or America.

Law enforcement and everyone that cares about equal protection under the law, must stand united both for the innocent as well as accountability for the guilty.

The entire system of justice relies on it.

Share and speak up for justice, law & order...
Tags: Americaguiltyinnocent until proven guiltyjurypeerspresumption of innocence

Robert Michaels is CEO and Founder of Serve & Protect, a nonprofit corporation dedicated to serving the emotional wellness needs of public safety and medical providers. Founded in 2011, Serve & Protect has facilitated trauma services for more than 6500 seeking emotional assistance from a therapist. Michaels served as a MP with the Virginia National Guard and on patrol and as a Detective with Norfolk Police. Rob holds a BA from Columbia International University and a MA from Wheaton College (IL). In addition to leading Serve & Protect, he serves as host for the Guns’n’Hoses podcast and as Chaplain for two Federal Agencies, and Brentwood. Learn more at ServeProtect.org.

America We Are Leaving