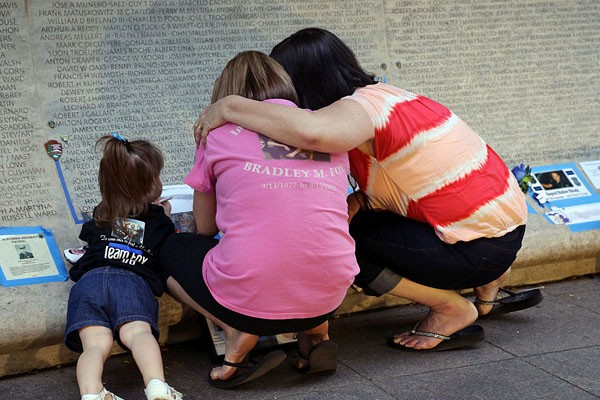 The Magnitude of Loss

The Magnitude of Loss

On May 14, 2014, I watched what seemed to be an endless line of police motorcycles as they slowly thundered down a Washington, D.C., street in two columns. Two by two, they turned onto the street leading to our nation’s Capital. After a long while, the line of motors ended and I observed the first of many sobering sights I would witness on this day. Seventeen charter buses followed the motorcade. As each bus slowly turned on its final approach to the memorial service, I was overcome with a great sense of sadness as I began to grasp the fact that those 17 buses contained the families of our most recent fallen brothers and sisters. While I, like many others along that crowded street, knew too many officers had died in the line of duty, it was not until that moment that I fully comprehended the magnitude of the collective tragedy and loss.

For the last four years, I have had the privilege to be involved in what I personally believe to be one of the most important officer safety initiatives I have seen in my 28 years in law enforcement. Below 100 is a training effort that was developed by some of the most innovative and respected law enforcement trainers and leaders in North America. The impetus of the program is to address the actions and behaviors within the control of individual law enforcement officers in order to reduce the number of line of duty deaths to a number below 100; something that has not happened since 1942.

Renowned law enforcement trainer and risk manager Gordon Graham says it best: “We aren’t inventing new ways to get killed.” Law enforcement is a dangerous endeavor and it would be naïve to believe that the risk of injury or death could be completely eliminated from our profession. However, far too many officers die each year engaging in unsafe behaviors.

As a national trainer for Below 100, I have had the opportunity to present this program across the United States. I am always encouraged by the response the program receives each time I have the privilege to present it and I am convinced that as more and more officers hear this message, behaviors are being changed and lives are being saved.

There are, however, those who take issue with the program—primarily with its name. Some complain that by using the number of 100, there is an inference that anything below that number would be an acceptable loss of our brothers and sisters. Nothing could be further from the truth and I long for the day this initiative can be renamed Below 80, 70, 60 and even lower. One officer death is unacceptable, but the numbers we have seen in recent years are unbearable. My challenge to these critics is to not focus on the number, rather the behaviors that are costing us more than we should be willing to pay. Instead of criticizing this program, join in the effort to turn the tide of preventable deaths in our profession by addressing the things that are within our sphere of control and influence.

In 2013, our profession came very close to the 100 mark, ending with 105. Those who pay attention to that number know it was down from 125 in 2012 and 179 in 2011. While we are obviously moving in the right direction, the reduced numbers in 2013 still managed to fill up 17 charter buses of broken lives and shattered dreams.

As we remember the service and sacrifice of our fallen, let us also think of the long line of heartbroken wives, husbands, sons, daughters, mothers, fathers, brothers and sisters who are left behind. Think about them as they will board those buses each spring and make that slow and somber trip. My prayer is that no law enforcement officer’s loved ones ever take a seat on that bus because I did not do everything in my ability to prevent it. I hope that is yours as well.