"Everybody back in the bus" took on a new meaning that would last for decades... 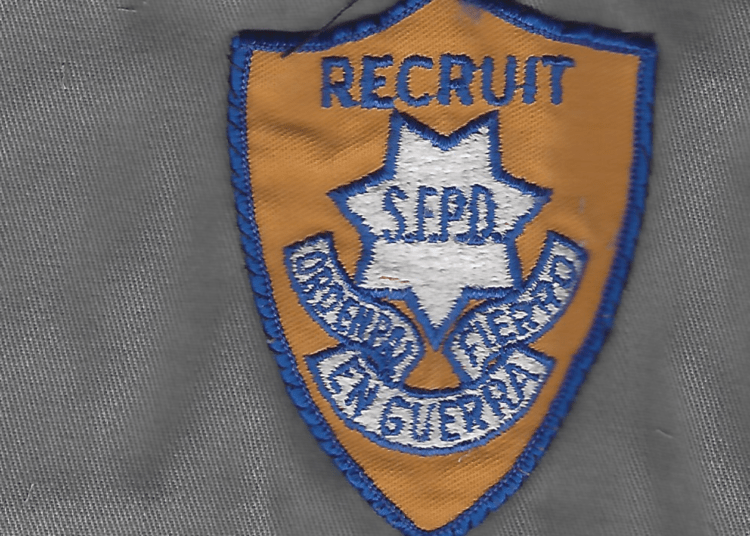 As the Jefferson Starship would later proclaim: “We Built this City on Rock and Roll.” In our Thin Blue Line world, it was more accurate to say it was “Sex, and Drugs, AND Rock and Roll” that made San Francisco what it became.

One of my sergeants once told me, “The United States is a Danish pastry. One day somebody tipped it to the west, and all the nuts wound up here.”

After the Stonewall riots in New York, and the assassination of Supervisor Harvey Milk (and the resulting imaginative “Twinkie Defense”) in San Francisco, both locations became meccas for gay and lesbian citizens.

In San Francisco, if you were gay, and you had a lot of money you’d be in the Castro District, less ready cash and Polk Street would be a hangout. The serious Black Leather cruisers would be on Folsom Street (after dark, of course).

Or so we thought.

At the academy, each separate ethnic or self-interest group had an entire day of instruction dedicated to explaining the unique challenges that policing each specific group would entail to the recruit classes.

The African-American community came prepared with guest speakers and a slide show.

Chinatown, and the Asian Chamber of Commerce had a video presentation, a (smallish) Dragon dance exhibition, and handed out fortune cookies.

Spanish speakers from all that is the wonderful Mission District, regaled us with a police car altered to do a “ Lo-Rider “ crawl, and expressed hopes that we would regard gun-toting youth gangs as a “small slice of Latin American Heritage.”

During our “Gay Orientation Day” at the Police Academy, we hit all three discrete locations, along with several “native guides” who would try and fail to keep my class out of trouble.

In the Castro, there was a pleasant lecture on gay civil rights at a swanky boutique restaurant, with a civilized if restrained Q and A session, ending with a catered deli-lunch.

Most of our lecturers wore designer clothes, usually from Izod.

Polk Street was another series of speeches, this time in a coffee-house. We were politely told that sexual freedom meant that men in their fifties could cruise Polk street looking for “companionship” from 15-year-old boys, just as other straight men could visit an Asian massage parlor in China Town.

Our last stop was inside a Folsom Street leather bar, where to my amazement they had a fully functioning uniform supply store that was an authorized vendor of SFPD and CHP uniforms.

Things here got out of hand quickly.

We were 28 almost-cops in ugly bad fitting gray Ben Davis work outfits, standing in a wall-to-wall black leather and chrome steel studded leather bar. None of us had ever been in place like this, or if we had, we weren’t broadcasting that particular fact.

Cops, like most jocks, live on testosterone/estrogen (and alcohol and caffeine). In the middle of the day, this place reeked of all sorts of weird, semi-familiar smells. The closest I could come to was to liken it to a football locker room after the big game, if you added the aroma of stale beer, and the very faint chemical smell of amyl nitrate.

We had been repeatedly cautioned during our Orientation Week to NOT make trouble, even if we were deliberately provoked by the self-appointed “community activists” (which happened a LOT that week).

Blaring disco-beat music, cigar smoke, dim corners and flashing neon. Besides our six female recruits, there wasn’t a natural female in the place.

Have you ever seen a TV documentary where they showed how Bison form a defense circle when approached by a pack of hungry wolves?

That was us in the middle.

Yes, it’s a nice uniform, thanks, but no thanks.

Visually, the large crowd of regular patrons were dressed like a casting call for a low-rent biker movie.

Black military hats, long sleeve leather jackets (some with fringe), and a lot of chrome chains and studs. (Ironically, that was the name of the bar.)

Low-rider chaps completed the look, EXCEPT I don’t think you’d be comfortable riding a hog wearing a pair of pants that had absolutely nothing covering your ass.

Most of us were doing okay, looking around at shoulder level, mentally counting down the time left until we could leave.

Then a VERY large biker-clone sidled up to and even larger Recruit Gary, and said, “ I bet you’d look delicious in a pair of chaps like mine,” as he cupped Gary’s left butt cheek with an open hand and squeezed.

Gary already had a major deer in the headlights look on his face as soon as we pushed through the leather curtain at the door, and now he reacted without hesitation.

Leather Boy went flying backwards off his feet into the crowd as a result of a massive shove that hit him like a cheap piñata.

To our credit, nobody went after him, and “only a little pushing and shouting took place as a result of the unprovoked assault on Recruit Gary.”

(So said the incident report.)

“EVERYBODY back in the god-damn BUS!”

He didn’t know it at the time, but he had just created one of our favorite catch phrases that endured throughout our careers.

From that point on, when everything began to go wrong, and when the shit really had hit the fan, somebody would get on the radio and say, “Everybody back in the bus! “