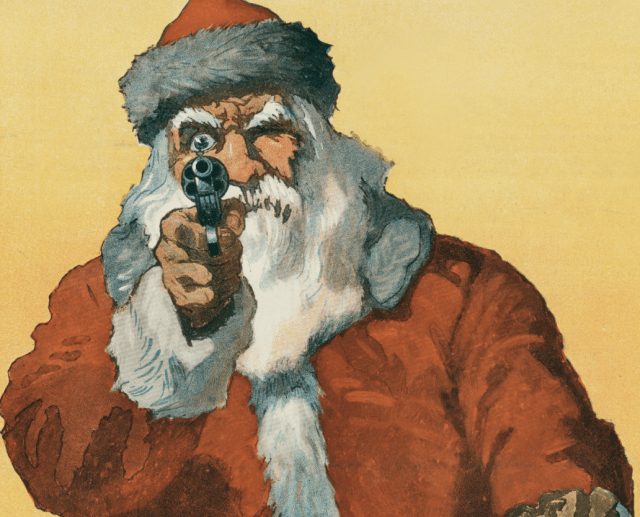 The Dark Side of Christmas

The Dark Side of Christmas

As we pulled to the curb, the Christmas tree came flying out the broken second floor picture window. Following the tree came colorfully wrapped Christmas presents and other holiday goodies. We located our domestic disturbance. Now it was our job to make it all good again.

The call came in, a possible DOA. Upon entering the apartment, we were met by the landlord. He proceeded to escort us to the kitchen/pantry door. Opening the door, a body came swinging with it. The apartment dweller had hung himself quite elaborately by tying a rope on the outside doorknob and throwing it over the top of the door presenting himself with the noose that he placed around his neck. This was his last Christmas on earth.

Uncle Joe had too much to drink at dinner and the conversation turned south in a hurry. An argument ensued and culminated with Uncle Joe having a kitchen knife sticking out of his chest. The nephew surrendered peaceably and was soon handcuffed and sitting in the rear of the squad car. The Chicago Fire Department ambulance crew transported Uncle Joe to the nearest trauma hospital and at last report, he was in stable condition. The nine-inch blade missed his heart by an inch.

We arrived and immediately shut down the street. I called for more cars to halt all traffic on the main street adjacent to this house fire. Fire trucks were screaming in with no place to safely offload the firefighters. These heroes were jumping from their rigs into oncoming traffic while pulling hoses a half city block to reach the engulfed house. Shouting instructions into the radio, trying to overcome the noise of the pumper being started, we finally had enough cars on scene. We shut down rush hour traffic and avoided a firefighter from being run over. Concentration was now focused on the burning structure. The fire rescue team was in and out carrying an elderly woman who would be later identified as Grandma. No clothing and a frigid cool temperature did not prevent them from laying her on the sidewalk and immediately started pumping her heart and blowing air into her smoke-filled lungs. Grandma died that Christmas.

Holidays aren’t for the faint of heart. For all the experienced police officers and firemen out there, you know exactly what I mean. Even though Christmas is a grand holiday of merriment and gift giving, if you’re working it’s a miserable night. Suicides are prevalent because not all people have cheerful memories. Some are just the last of their family. Others have lost their way either by divorce, death of loved ones, or the age-old problem of drug and alcohol abuse. Regardless of the reasons, suicides are enhanced by Christmas.

Now that I have hopelessly destroyed the joy of Christmas, let’s try and rebuild, but in our world. If you’re a seasoned veteran, most likely your Christmas working days are over. You have earned the right to enjoy Christmas with your family. You sit back in the early morn and watch your loved ones open the presents that you so lovingly supplied. With coffee in hand and warm slippers on your feet, you earned this. For you youngsters, go earn this right by gaining seniority and soon you will look back a smile a smile of relief.

Hug your loved ones and appreciate every moment god gives you. Support your police and fire buddies, and take the time to allow them to vent a little. Our Christmas is now about family and loved ones. Make your time count. OH, and by the way. New Years Eve is even more fun!

View Larry Casey’s website at www.StoriesofaChicagoPoliceOfficer.com and review his book by the same name. It makes a great inexpensive holiday gift.