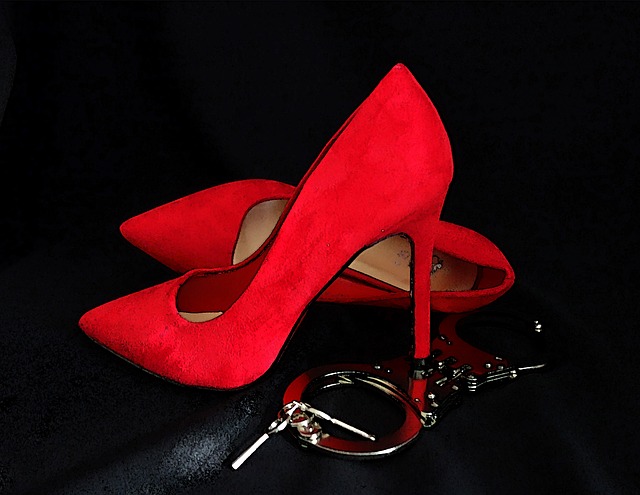 You never know when someone is going to go crazy, or where, or how. Sometime its stress, sometimes it’s your brain chemistry that’s off, sometimes it’s what your doctor gives you to help you get through the day. A lot of the times it’s all three.

Start of the Big Game

When you go nuts, (and somebody actually notices it), and then calls 911, it’s classified as a “5150” call (in California), after the Welfare and Institutions Code that lets cops lock up people who just can’t hang onto reality anymore.

We get a lot of those calls, especially on Friday afternoons in the summer times it seems.

In the last stage of your police FTO training period, you REALLY want to impress the guy who’s got your career in his hands, so when a high priority call like this comes over the car radio, you jump on it, and start reviewing the W&I Code in your head while you drive.

FTO Steve was an okay guy, I guess. He spent the shift looking out of the passenger window, drinking coffee, and writing cryptic things in my evaluation binder.

Friday had been a very busy day city-wide, so we got diverted out of the ‘Barrio, into the high rent business district. Fortunately, the call was on a major street, and I didn’t get lost. (If you can’t find an address, or get turned around, it’s a real BIG black mark in your eval.)

We parked in the no parking zone in front of this high-toned skyscraper, and after looking around at the tinted glass windows, and business suits walking around, we both took our clip-on ties out of our hats and put them on our uniforms for the first time in months.

By the time we got to the 23rd floor, we actually looked presentable.

When we arrived, here was a nervous looking secretary type holding open a tall corporate door with big gold letters and ranks and ranks of Esquires below the major Law Firm marquee.

Wonderful, we had a crazy lawyer to deal with.

I was very glad I had put on my tie and was wearing at least a semi-clean uniform.

Some older distinguished looking suits were gathered around a door, and they told Steve in hushed tones that one of the associates was ”having a bit of a problem dealing with her being dismissed from her employment.”

Translation: They fired her, she wigged out, and now we had to deal with it.

Rookie first, I entered the office, and found a very attractive, well dressed gal sitting on a comer of a massive desk, smoking a cigarette, looking out of the high-rise window.

The expensive office had been trashed, with broken flotsam, and legal jetsam everywhere. There was a big brown plastic pill bottle on the desk, with tiny pink pills everywhere.

I figured if she broke for the window, I could grab her first, and seeing as how there wasn’t anything potentially lethal in her hands or within reach, I could just start with the “calming approach” as I had been tutored in at the Police School.

Before I could do so much as start talking, she stood up, flicked the lit cigarette into a corner, and said, “Let’s go” while putting her hands behind her.

Protocol and tactics took over: Steve grabbed her left arm, I got her right hand, and the cuffs came out and went on just like I had practiced.

This was no place to do a formal 5150 assessment, (she was going away with us for at least vandalism, and probably a quick drug screen at the hospital), so out of courtesy, I hung her expensive suit blazer over her shoulders to hide the handcuffs, while Steve got the name of the managing partner for the report.

I grabbed the pill bottle and some of the pills just in case.

Quick and quiet, we made it to the elevator, while each of us held opposite arms anticipating some kind of anything.

Right around the 10th floor down she began kind of humming and smiling just a bit at the edges of her mouth.

I looked at Steve, he looked back at me, and we tightened our grasp just a bit.

I broadened my stance a bit and looked at her shoes. She was wearing expensive Italian footwear with (deadly looking) 3-inch stiletto heels.

I slipped my left arm thru her arms, grabbed the handcuff chain in my fist and with a hurried “excusememaam,” lifted each of her ankles, and pulled off the Joan Crawford spikes.

I felt a little silly, holding a woman’s shoes in one hand, while the other held her elbow, but it was better than getting the equivalent of an icepick thru my own foot that way.

The elevator door opened, and she exploded like a cat on fire.

Of course, Steve and I had been semi-expecting this, but it was surprising how LOUDLY shrieks and screams can echo off of marble floors, and glass walls.

It’s a mid-afternoon, in the elegant lobby of a classy law firm centric skyscraper in San Francisco, and two uniformed cops are struggling to carry, push, and drag a female wolverine dressed in a thousand-dollar business suit.

I dropped her shoes because I needed both of my hands to try and deal with this she-devil, and not have her bite or kick any part of my body that I might need later on.

Ordinarily, the solution to this behavior would be a quick sucker punch to her stomach, and then carry her to the car, but NOT in a lobby full of lawyers.

Once thru the outside doors, and onto the sidewalk, we had kind of gotten her into a “fireman’s carry” kind of propulsion mode, and fortunately all of the pedestrians seemed to be inclined to stand around and just watch the parade.

Calling for a police wagon would have taken forever, so it was into the back seat cage section of our patrol car that she would have to go.

This actually wasn’t as hard as it seems if you have done it several hundred times.

Partner A (FTO Steve) holds the prisoner against the rear fender, while Partner B (Rookie Dave), runs around and opens both rear car doors. Cop A pushes screaming prisoner headfirst into the car, while Cop B goes into the car from the other side and pulls SP into the car horizontally. A and B then try and not get pummeled by flailing legs and elbows, while seat-belting the wildcat into a plastic restraint seat.

A piece of cake.

By some miracle, Steve and I had hung onto our hats, our ties, and most of our dignity.

Behind the wheel again, and about to head to the Psyche Evaluation Ward at SFGH, I picked up the car radio microphone to start the female-prisoner-transport protocol.

Anytime ANYONE drives a female prisoner ANYWHERE, you give your call sign, your location, the starting mileage from your location, where you are going, and a time hack for the taped radio record. Dispatch will then check your location and mileage every 5 minutes thereafter, and only stop when you arrive at your announced location.

When I finished this, I saw Steve give me an “up-check” in my evaluation binder.

Silence is golden, especially when you are in a squad car with a psycho prisoner, but even that can be problematic. The wild cat had stopped flailing about and was back to humming and smiling.

I knew the route to the hospital all too well, and was watching traffic, and mentally pre-writing my report when it started again.

Only very differently this time.

The first thing that I noticed was that a big yellow school bus from a local Catholic Boys High School was next to us, and EVERY window facing our car had at least 4 male football team faces in it. They were all grinning like crazy and trying to get a clear view of the back seat of my car.

Steve noticed this too, and when he turned around to look at our prisoner, he said a whole bunch of nasty words, and turned pale.

Our screaming prisoner had metamorphosed like a caterpillar into naked female prisoner.

Somehow, she had not only disengaged the seat belt, but also the zippers/buttons on her dress and had found a way to pull her bra below her black lace panties as well.

Her yoga exercises had apparently served her well, along with some gymnastic training, I guessed, so before long she was only wearing my chrome handcuffs, and a big smile.

A song playing only in her head had her pressing various parts of her well-conditioned torso against the rear car windows, and the back windows as well.

Somehow, she fit her entire body onto the rear shelf of a 1983 Crown Victoria sedan.

Naturally, we were stuck in traffic right about then, and that school bus looked like it was going to tip completely over on us given the weight of 35 football players on only one side.

Given the situation, and the fact that FTO Steve was trying to crawl under the dashboard while giggling hysterically, I declared a mental Code Three emergency, hit all the lights and sirens we had, and screamed us out of that intersection.

With the “audience” gone, our entertainer sat back down, put on her seatbelt, and started carefully folding her clothes like a good girl.

When she got out of the car, and saw the six bulky psyche techs waiting, she accepted the big yellow blanket we gave her without incident and thanked us for the ride.

I wonder where she is practicing law now?