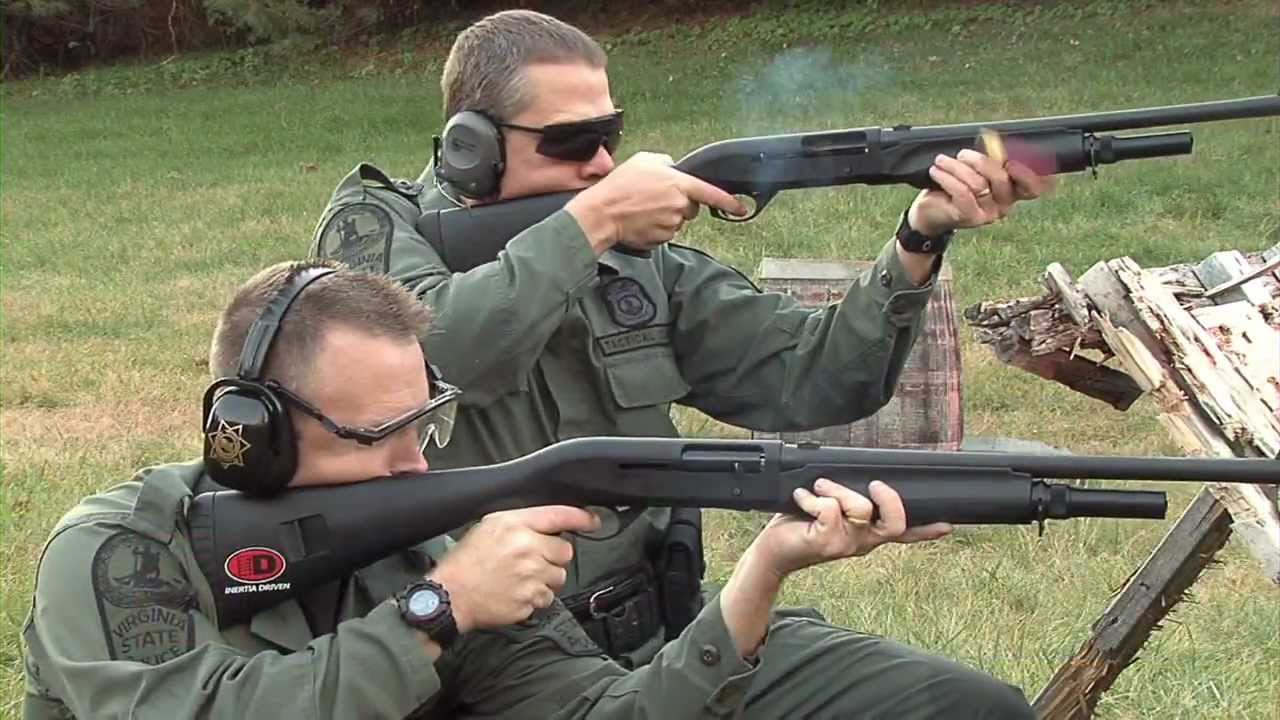 For the record, I’m a big proponent of the patrol carbine, so don’t misunderstand what I am about to say: It would be a huge mistake for American law enforcement to shelve the shotgun for the carbine.

The patrol carbine is taking the law enforcement community by storm, and for good reason. It’s easier to shoot (in regard to felt recoil), holds more ammunition and has much greater reach than the shotgun. Within the operational parameters of the 12 gauge, however, the carbine doesn’t hold a candle to it in power. Current buckshot ammunition flies true and holds a tight pattern. Inside 25 yards, multiple .33-caliber pellets discharged by a shotgun will deliver more tissue damage than a single 5.56mm.

If you need greater range, the rifled slug delivers with great accuracy by a moderately trained user out to 60 yards or so and even longer if you have the right gun and training. I’ve seen people shot by both slugs and buckshot, and the one common perception I had was that things didn’t go into slow motion. In fact, it’s quite the contrary: You would’ve thought someone had pushed the fast-forward button as these suspects went down so fast that gravity had little to do with it.

I admit to a bias because I’ve been using the 12-gauge pump action shotgun since 1976, but I’ve also seen how effective the shotgun is both in the field and on the autopsy table, and to give up what may be our most powerful handheld weapon is ludicrous. Yes, shotgun recoil is hard on small people, but that power is felt on the other end as well.

Power of the Mind
Remember “equal and opposite reaction?” That power shouldn’t be viewed as punishing, but as comforting. If you’re shooting to save your partner’s, a citizen’s or your own life, that felt recoil must be seen as power that protects, not punishes. Like many things in life, it’s all how you view it.

Visualization is a very powerful tool and is misunderstood by many trainers and cops. If you have the brain/willpower to make use of it, however, it can make big things happen. For example, a young female deputy of mine dreaded shotgun training due to the continual slamming of the gun into her shoulder. She did all of the right things: square to the target, extend her strong side leg straight back to get into the gun, pulled the stock tight to her shoulder, but she still got beat up.

I realized she’d only been married a few years and was the mother of a young son. As she complained about the pain, I asked her, “Would you do anything for your family?” She looked at me as if I were from Mars and said, “Hell, yes! Wouldn’t you?”

“Damn right,” I responded. “On these next drills, think of these targets as some smelly scumbag who’s trying to take your life so you never see them again. The force of the recoil is the same force that will stop this piece of crap from hurting you. That power is your power.”

I watched her as the drills progressed and could see a look of determination in her eyes as she thought about her family and the imaginary suspect. She pumped the gun and fired, pumped the gun and fired until all the Pepper Popper targets were down. She shot a perfect score in one of the fastest times recorded. As she made her gun safe, she looked at me and said, “Man, that felt good!” The point: If you have the discipline to harness it, the power of the mind is incredible.

Aim First
The shotgun is quite versatile, but it’s not an &quot;alley cleaner.” You must aim it. After all, you’re launching a single lead projectile (slug) or a constantly widening charge of ammo. If there was ever a weapon that needed to be aimed, this is it. In my opinion, a cruiser-grade shotgun should have the same features as a service pistol: smooth trigger, high-visibility sights and complete reliability.

The pump action shotgun is manually operated with mostly gross motor skills, making it reliable out of the box. If a pump shotgun malfunctions, it’s usually because the shooter short-stroked the action. Semi-auto shotguns should be checked to make sure they are reliable with both training and duty ammo 100 percent of the time. Anything less is unacceptable. The cruiser-grade shotgun also should have a sling. A sling is to a long gun what a holster is to a handgun.

Reconsider the Recoil
Technology is stepping up to help with shotgun recoil. Numerous products have been invented to help tame the shoulder strike of the shotgun, but few have done it as well as the Blackhawk Spec Ops Stock.

The stock’s polymer and alloy construction makes it durable, reliable and built to last. Also, the unique features and design of this pistol grip-style stock allows officers to use their shotguns with body armor, even the SWAT load-bearing style.

I truly believe this patented Knoxx recoil-reducing stock will change the way you think about shotguns. Utilizing dual Knoxx recoil compensating systems, the Spec Ops Stock can reduce felt recoil of even the most potent loads by 95 percent. The Spec Ops Stock makes the heaviest loads easy to handle for all shooters.

Designed to fit the majority of shooters, the Spec Ops Stock is the most popular of the Knoxx recoil-reducing products. Not only does it utilize two recoil-absorbing mechanisms, it also adjusts to fit any shooter, regardless of the situation or application.

Coming to Grips
I admit to initial reservations regarding the pistol-grip stock but decided it was a good idea due to consistency. The semi-auto pistol and AR-15 I use both have pistol grip stocks, so it makes sense for my shotgun to have the same feel.

In addition, the pistol grip is more ergonomic when I need to hold the shotgun with one hand when opening a door, pushing someone out of the way or another function that would occupy my support hand. I also have greater control over my trigger press than when using a conventional shotgun stock. With a conventional stock, my hand sits above the trigger assembly, requiring a slight upward movement of the finger. The Blackhawk stock places my hand behind the trigger for a straight-back finger action.

I placed the stock on my Remington 870 shotgun and passed it around a group of cops who were on the range for firearms training. I had them first shoot their traditional cruiser-grade shotguns and then my gun. All (including one woman) felt the stock greatly improved the gun’s performance and wanted it on their gun.

Keep Learning
There are many courses available to improve your combat-shotgun skills. If time and money are a problem, a new DVD from Rangemaster, the well-known firearms training school in Memphis, Tenn., offers some solid information. Featuring Rangemaster lead instructor Tom Givens, a former law enforcement officer, “Defensive Shotgun” is chock full of solid information to equip and prepare a shotgun shooter for armed conflict. Tom offers the pluses and minuses of the weapon system in a very informative format.

The shotgun still has its place. Learn how to use it effectively and safely, and its power will serve you well.

Dave Spaulding is a 28-year law-enforcement veteran, retiring at the rank of lieutenant. He currently works for a federal security contractor. He’s worked in all facets of law enforcement corrections, communications, patrol, evidence collection, investigations, undercover operations, training and SWAT and has authored more than 800 articles for various firearm and law enforcement periodicals. He’s also the author of the best-selling books Defensive Living and Handgun Combatives.

Dave Spaulding was awarded the 2010 Law Officer Trainer of the Year award at the “The International Law Enforcement Education and Training Association (ILEETA). He has 36 years of Law Enforcement & Federal Security experience. Dave was a founding member of his Agency’s SWAT Team, and he spent 12 years as its training officer. You can find out about Dave's Training here: www.handguncombatives.com/