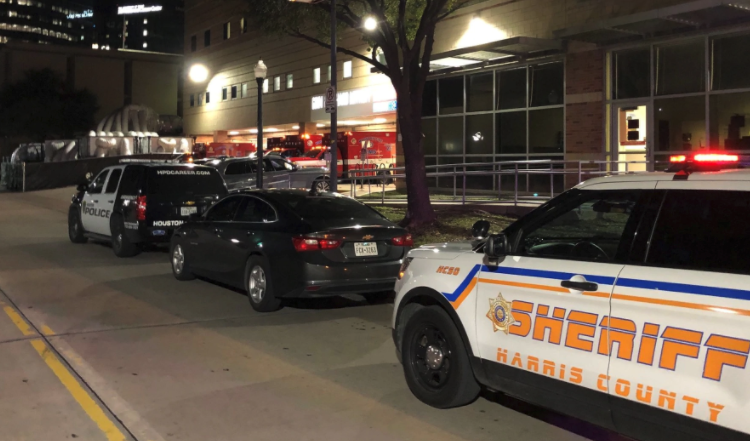 HOUSTON — Three Harris County Sheriff’s deputies were injured and a woman was killed in a shooting early Sunday morning outside a nightclub in Houston, authorities said.

The shooting took place about 2:20 a.m. at Houston’s Set Nightclub. Law enforcement officials said the three deputies were working additional jobs when they were shot.

The deputies – two males and one female – were responding to a fight that broke out in the parking lot after the nightclub closed. As they attempted to break up the combatants, a suspect fired a gun into the crowd, injuring all three deputies and one civilian, Fox News reported.

The civilian, later identified as a Hispanic woman around 40 years old, was taken to a local hospital, where she was pronounced dead.

All 3 deputies wounded in this morning’s shooting outside a midtown nightclub are conscious, in good spirits and continuing to recover in TMC hospitals.

We’re grateful for everyone praying and thinking positive thoughts for our injured brothers and sister. #hounews pic.twitter.com/ZivLKW376v

“It looks like all three (deputies) are going to pull out but, a very scary moment, you know, at the heels of what we went through last night, but hopefully they’re able to make a full recovery,” Harris County Sheriff Ed Gonzalez told reporters early Sunday.

Gonzalez was referring to the death Saturday of a Sgt. Bruce Watson who was struck and killed by a motorist as he was riding his sheriff’s department motorcycle home following a funeral procession, Law Officer reported.

The nightclub shooting suspect, whom officials described as a male in his 20s, was treated for a gunshot wound at Sugar Land hospital and taken into custody, Fox reported.

It remained unclear what led him to fire into the crowd. Executive Assistant Police Chief Troy Finner said the investigation is “at the preliminary point.”