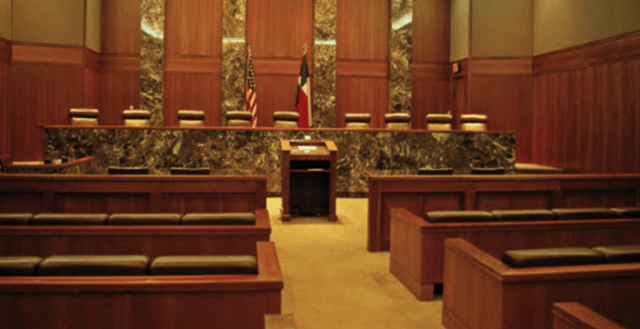 AUSTIN, Texas — The Texas Supreme Court Tuesday negated a district judge’s temporary restraining order that blocked the threat of arrest for Democratic lawmakers who fled the state last month. Therefore, lawmakers who continue to refuse to return to Austin to form a quorum are subject to arrest.

Republican Gov. Greg Abbott threatened to arrest the nearly 60 Democratic representatives who fled the Texas legislature. The motivation behind the insolent move by Democrats was to block Republicans from establishing a quorum and passing a contested voting reforms bill, according to Fox News.

Furthermore, Texas state House Speaker Dade Phelan took the unusual step of actually issuing an arrest warrant on July 25 for Rep. Philip Cortez (D) who was among the group that fled to Washington, Law Officer reported.

The state’s Supreme Court ruling came after Abbott and Phelan petitioned the court Monday to overturn the protection order, meaning the lawmakers could all face arrest once they return to the state after going AWOL.

“The Supreme Court of Texas swiftly rejected this dangerous attempt by Texas Democrats to undermine our Constitution and avoid doing the job they were elected to do,” Abbott spokesperson, Renae Eze, told Fox. “We look forward to the Supreme Court upholding the rule of law and stopping another stall tactic by the Texas Democrats.”

According to reports, 25 lawmakers remain in Washington D.C. while at least four have returned to Texas. Those who have returned to the Lone Star State could be arrested if they refuse to head to Austin to form a quorum on their own volition.