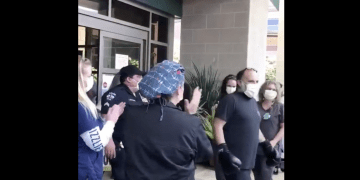 He spent weeks on a ventilator in critical condition 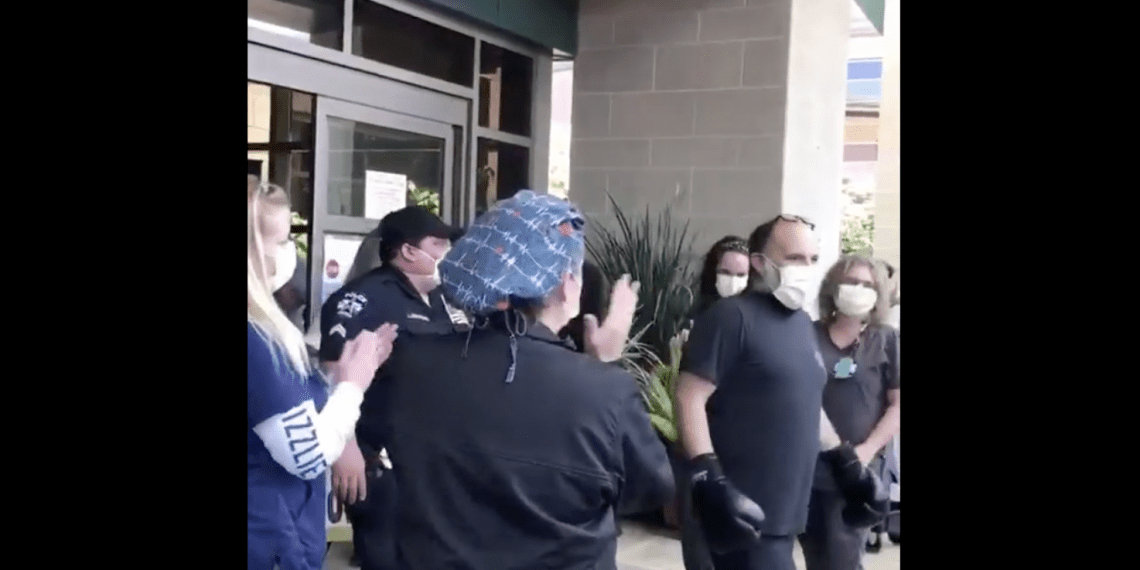 Patton Village Police Officer Chris Hernandez walks out of the hospital Wednesday after spending weeks on a ventilator in critical condition due to coronavirus. (Screenshot KHOU)

THE WOODLANDS, Texas — A Texas police officer has a pep in his step that he didn’t think would return. After more than five weeks in the hospital, a Patton Village lawman is finally home.

In a moment of glee and inspiration, doctors and nurses from CHI St. Luke’s in Montgomery County lined up to applaud as Officer Chris Hernandez walked out of the hospital on Wednesday.

Hernandez was admitted to the hospital on March 8 with severe flu-like symptoms. He was the first positive COVID-19 patient in Montgomery County, KHOU reported.

He was hospitalized about a week after attending the Houston BBQ Cookoff and was the first known case of coronavirus in the area.

His hospitalization was sorrowful as his future looked bleak. The officer spent weeks on a ventilator in critical condition.

The hospital said Hernandez was treated with a therapy known as extracorporeal membrane oxygenation, or ECMO, according to KHOU.

ECMO works by helping oxygenate blood outside the body so blood doesn’t need to transfer through damaged or filled lungs, the hospital said. Instead, tubes carry blood from the body to an external artificial lung that removes carbon dioxide and adds oxygen, at which point an artificial heart pumps the blood back into the body.

Hospital authorities said this was the first COVID-19 case in Texas treated with ECMO.

It was touch-and-go for a while, but he was upgraded to fair condition on April 1.

The treatment came to an enthusiastic crescendo on Wednesday, as Hernandez was able to walk out of the hospital on his own.

“I can’t express how grateful I am for every single one of you,” Hernandez told hospital staff at his sendoff. “You guys saved my life. I know God had everybody in the right place and I came to the right facility and he empowered you guys to make all the right choices.”

Dozens of other first responders in the area are also being treated for COVID-19, according to KHOU.

At least two of them, an HCSO deputy and an HPD officer, were in critical condition, at last word.