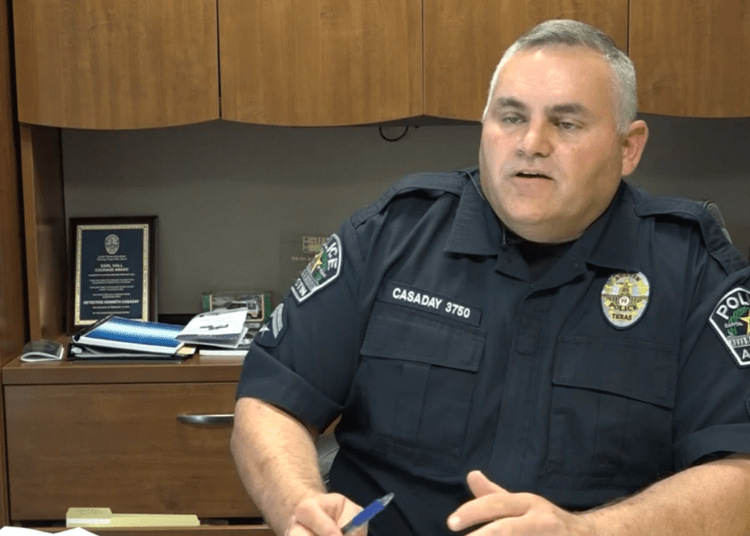 AUSTIN, Texas — On Thursday, the Combined Law Enforcement Associations of Texas (CLEAT) and Austin Police Association called on Travis County District Attorney José Garza to cease the grandstanding with any announcements regarding cases involving the prosecution Austin Police Department officers until after the Democratic primary and runoffs, KXAN reported.

This comes as APA said there could be a statement Thursday or Friday announcing the indictment of a number of officers involved in the 2020 riots.

At least 21 officers are facing potential charges for deploying less lethal munitions at rioters who were blocking I-35, the main interstate through Austin, and refusing to disperse after multiple instructions by police to do so. At issue is the condition of the beanbag rounds, which were reportedly out of date and caused severe injuries to rioters.

“The district attorney is using this case to drive voters to the polls,” said Ken Casaday, APA president. “He is driving people to vote for a far-left radical ex-city councilman who is running for Congress. Greg Casar did more to ruin the city of Austin through spearheading the defunding of the police movement more than anyone else in the history of the city of Austin, and DA José Garza is following in his footsteps.”

A spokesperson for Casar said that, as a council member and now as a Congressional candidate, he (Casar) has no bearing or influence over these cases.

The DA’s office did not respond to the news outlet as they sought a comment.

“If there are officers who have done something wrong we understand, but these officers were only doing what they were told to do with the equipment the city of Austin provided them during those days of the riots,” Casaday said, according to KXAN.

In a press release sent from CLEAT, it states that “the timing of these politicized cases is intended to drive up voter turnout during the early voting period of the Democratic primaries for the George Soros anti-police candidates.”

APA—which has had a contentious relationship with Garza—as well as an attorney for some of the officers targeted by the grand jury say that the Austin Police Department provided defective less-lethal munitions to officers who responded to the unrest, Law Officer reported.

“The department issued these officers old and deteriorated beanbag rounds,” attorney Doug O’Connell told Fox News. “So rather than coming out as a soft beanbag they came out as a hardened projectile…so you had rioters who were seriously injured by these beanbags and it shouldn’t have happened but it’s not the officers fault it’s management’s fault.”

“Why was the ammunition destroyed before it could be tested? The ammunition was evidence,” Wilkison asked. “Evidence was destroyed. Why are certain documents being withheld by the city? When did the Mayor, Mayor Pro-Tem, City Manager, Chief of Police, Assistant Chief and Commanders know? These are the questions we want to see answered.”