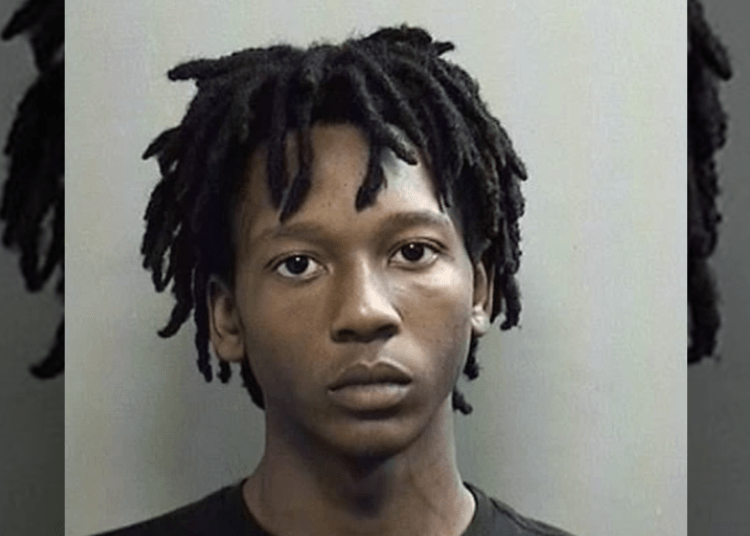 According to the conditions of release, he will be required to submit to drug and alcohol testing and wear a GPS monitoring device.

Video circulating on social media allegedly shows Simpkins getting into a fight during class with another student. The altercation escalated into gunfire Wednesday, Law Officer reported.

After the fight was broken up and the two students calmed down, Simpkins was seen pulling out a firearm from a backpack and firing several rounds that struck three people, according to an arrest warrant Thursday.

Calvin Pettitt, a 25-year-old English teacher who jumped in to break up the fight, was shot in the back. His family said he suffered broken ribs and a collapsed lung, according to the New York Post.

Law enforcement authorities said a 15-year-old male student was in critical condition, while a teenage girl who was grazed by a bullet had been discharged from the hospital.

The fourth victim was identified as a pregnant woman who was injured from a fall during the melee. She was treated at the scene and did not require hospitalization, police said.

Simpkins was charged with three counts of aggravated assault with a deadly weapon.