A 15-year-old male victim is in critical condition 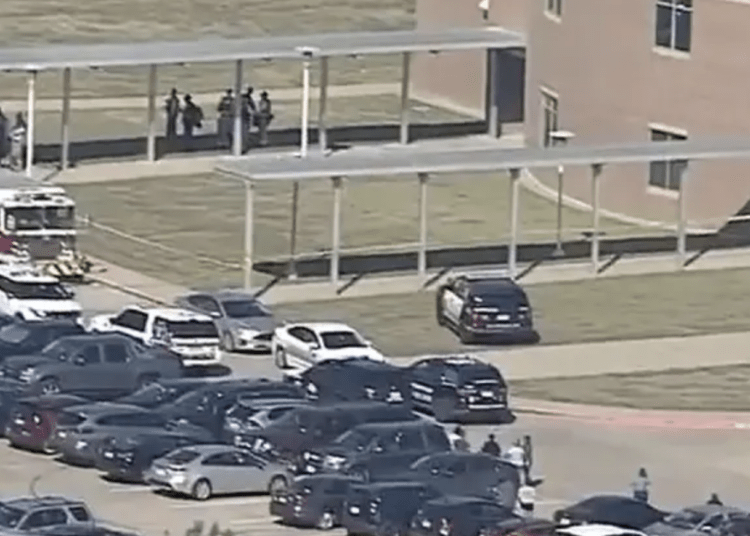 ARLINGTON, Texas — A suspect who fled after opening fire inside an Arlington, Texas high school, which sent students and staff running for their lives, was taken into custody Wednesday, authorities said.

The Arlington Police Department says cell phone video obtained from a student shows that a fight broke out inside a classroom at Timberview High School early Wednesday before Timothy George Simpkins, 18, opened fire. The suspect then fled the scene.

Arlington police also announced that a .45 caliber handgun was recovered in the streets of Grand Prairie. Investigators are now working to determine if ballistics match with the weapon used at the high school.

Simpkins has been charged with multiple counts of aggravated assault with a firearm.

Law enforcement says multiple people were hurt and some were transported to area hospitals. Arlington Mayor Jim Ross told Fox News by phone that two people were still in surgery, while the third was treated and has since been released.

According to NBCDFW, a total of four people were hurt, including two students and two adults.

Authorities were processing students from the school, as parents waited about four miles away at a performing arts center. Plans were being made to bus students in order to reunite them with waiting family members.