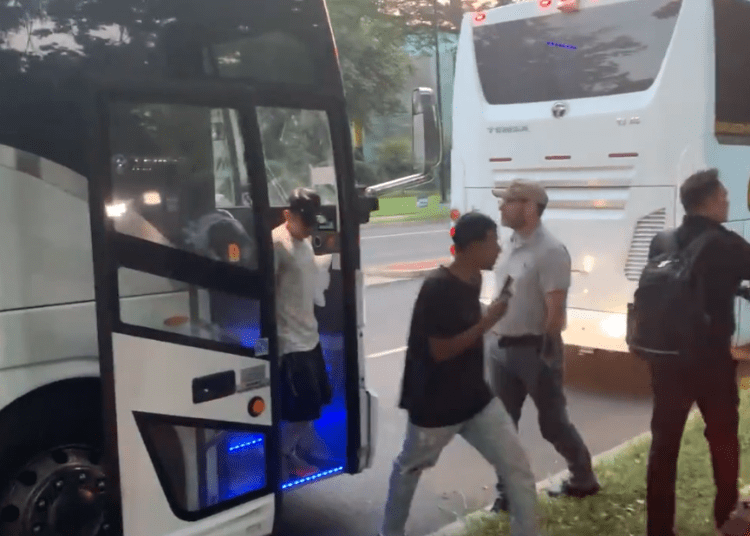 Busses from Texas dropped off migrants near the official residence of Kamala Harris on Thursday. (Twitter @thatkingthing)

WASHINGTON, D.C. – The state of Texas continues to bus migrants entering the country illegally to liberal bastions as about 100 individuals in two buses were dropped off in front of Vice President Kamala Harris’ official residence early Thursday.

Not coincidently, the transport occurred just days after Harris claimed the border is secure, leading many to wander how she can be so blind to the crisis.

Interestingly enough, the Democrat strongholds of New York City, Chicago, and Washington, D.C., where politicians trumpet their jurisdictions as “sanctuaries” for illegal immigrants, all bitterly complain about the migrants arriving at their doorsteps.

The latest bussing story involving red states exporting the open borders problem to the liberals they blame for causing it followed a similar one Wednesday night, when Florida sent two planes with 50 illegal immigrants to the tiny liberal playland of Martha’s Vineyard, where the Obama’s own a mansion, the Daily Mail reported.

“The border is secure,” Harris told Chuck Todd on Sunday during “Meet the Press.”

Outside the naval observatory where Texas just dropped off two bus loads of migrants outside the VP’s residence. pic.twitter.com/vmUmduFZrT

The buses arriving near Harris’ residence Thursday are believed to have originated from Del Rio, Texas. They made the 1,800-mile journey to the Naval Observatory in Washington, D.C., where Harris and second gentleman Doug Emhoff live.

The busses transported illegal immigrants who arrived in the U.S. from Venezuela, Uruguay, Colombia and Mexico, according to Fox News.