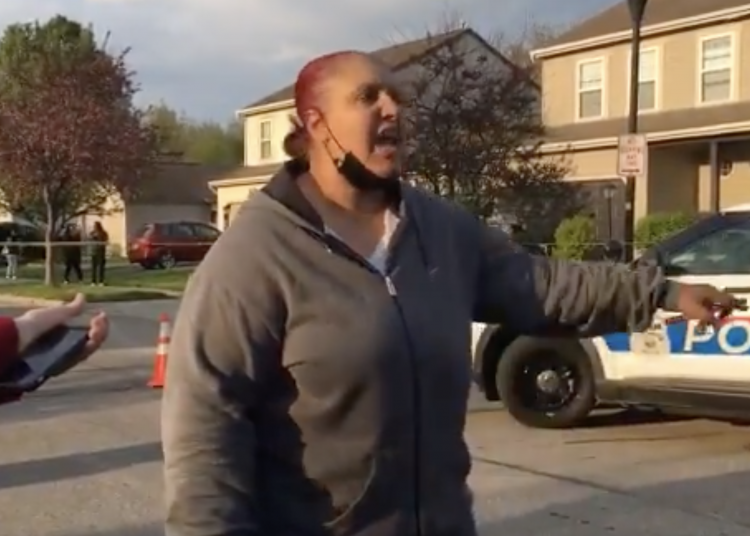 Columbus, Ohio — Tensions are rising and crowds are gathering in Columbus following the shooting death of a 15-year-old girl by the Columbus Police Department. The incident occurred just minutes before the announcement in the Derek Chauvin trial.

Columbus Police have yet to make a statement, however, Mayor Andrew Ginther explained:

“This afternoon a young woman tragically lost her life. We do not know all of the details. There is body-worn camera footage of the incident. We are working to review it as soon as possible. BCI is on the scene conducting an independent investigation — as they do with all CPD-involved shootings. We will share information that we can as soon as it becomes available. I’m asking for residents to remain calm and allow BCI to gather the facts.”

But calm is the exact opposite that is happening in the city. Police responded to a report of an attempted stabbing when the shooting occurred.

The family of the girl reported that she was 15 years-old. Hazel Bryant, said Makiyah Bryant was the girl who died. She also claimed the girl called the police because she was being abused, and when officers saw a knife on the ground near her, they shot her four times.

“Either you report the truth, or don’t report nothing,” Hazel said in a video clip. “She was a good kid. She was loving. Yeah, she had issues. But that’s OK. All of us go through s—. You know what, she was 15 motherf—-n years old. She didn’t deserve to die like a dog on the street.”

A Facebook user named Tay Jones posted on the platform that the girl had a knife because “somebody tried to jump her” and that police didn’t tell her to put the knife down.

Jones also posted video that appears to be from the scene with someone lying on the ground. Bright-colored sneakers can be seen in the bottom of the footage, and an officer is standing over the person.

“This is the racist-ass b—- that shot this poor f—ing girl,” a voice says in the video. “I’m not gonna put this s— on camera. They f—ing shot this girl talking about she tried to stab him. The f—? That’s somebody’s f—ing daughter, b—-.”

The Washington Examiner reported on some of the comments on the scene:

“We sick of being peaceful,” someone told officers gathered at the scene, adding, “That peaceful stuff is for the birds. We did that last summer. We ain’t being peaceful no more.”