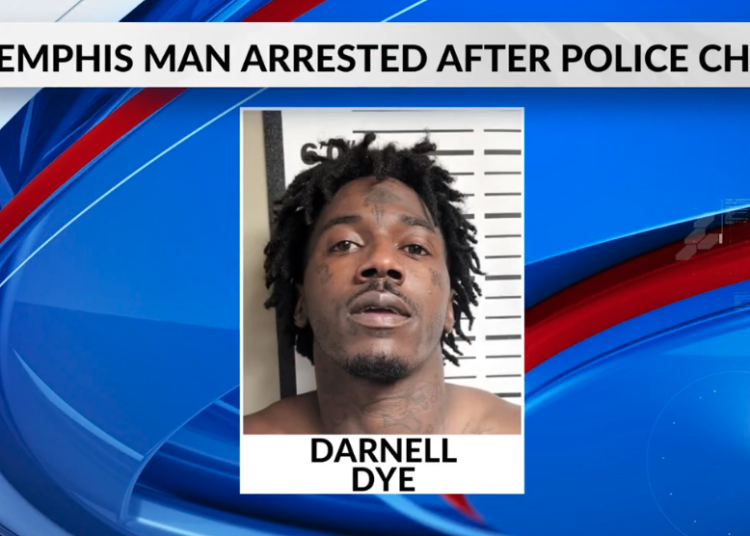 MEMPHIS, Tenn.– A Tennessee man was finally taken into custody in Clarksdale, Mississippi after police say he led them on two lengthy chases, one involving a stolen undercover police vehicle on Wednesday.

According to law enforcement authorities, Memphis officers stopped a Toyota 4Runner for a traffic violation and discovered the vehicle was reported stolen. The driver sped away as police prepared to approach the vehicle, WREG reported.

After a lengthy pursuit, the suspect, later identified as Darnell Dye, managed to evade officers after abandoning the stolen 4Runner and fleeing on foot.

Officers later spotted the wanted man on Corbin Street. As they once again gave chase on foot,  Dye circled back around, hopped into a police undercover vehicle, and fled.

The crime resulted in another lengthy pursuit. Officers were joined in the chase by members of the Coahoma County Sheriff’s Office, according to the news outlet.

Law enforcement authorities said Dye is also wanted by several police agencies across the Mid-South. It was not immediately clear what additional crimes he is accused of committing.