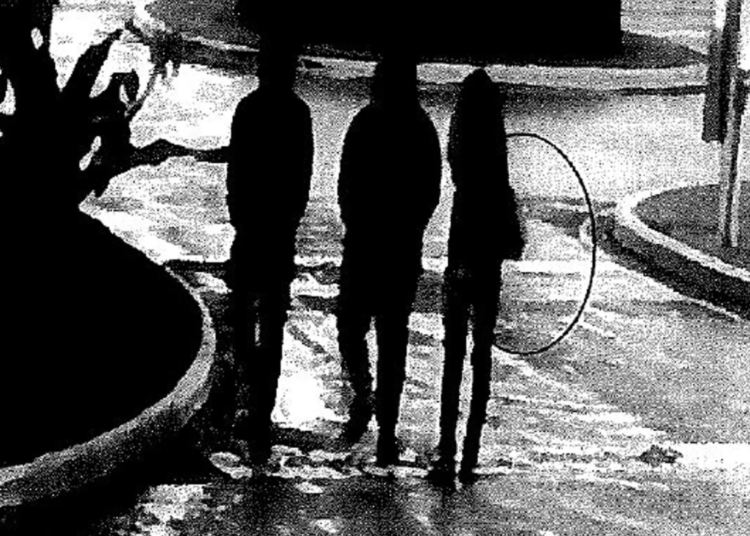 The three suspects are spotted on surveillance video arriving at the scene of the crime. (Miramar Police Department)

MIRAMAR, Fla. — Three Florida teenagers are accused of killing a high school classmate after he had sex with the ex-girlfriend of one of the suspects, according to law enforcement authorities.

Miramar Police Department said the suspects, two females ages 17 and 16 and a 17-year-old male, have been taken into custody for the brutal murder of Dwight Grant, 18, a senior at Miramar High School. The homicide victim was found dead last week at the apartment complex where he lived, Fox News reported.

Grant was badly beaten and had multiple stab wounds, according to an arrest affidavit released Monday. Investigators said he was lured by the male teen’s current girlfriend — the 17-year-old female suspect — to engage in sex before being stabbed to death.

May our forever Patriot Rest In Peace. Please pray for Dwight Grant’s family, friends and our community. I spoke with Ms. Grant to offer our condolences on behalf of the Patriot family. We will have grief counselors available on Thursday & Friday. We are here for you. pic.twitter.com/Dm9Fl2GsRl

Investigators said the male suspect was angry that Grant had sex with an ex-girlfriend. He later texted a co-conspirator saying, “murder will definitely happen soon,” the arrest affidavit states, as he was apparently upset over an “emotional connection” the classmate had with the girl.

As a result, the trio hatched a plan and reportedly lured Grant with a promise of sex with one of the female defendants, police said, according to text messages between the suspects.

When Grant walked to a stairwell at his apartment complex, the other teens attacked him while the third acted as a lookout, authorities said.

“You know who I am and why I’m here,” the 17-year-old male suspect, who brought the knife and sword, told the victim, according to the affidavits. “You know I have to kill you now.”

Grant tried to flee, but was restrained, police said. During the confrontation, he was stabbed in the neck with a knife, at which point he pleaded with the suspects to “end it for him,” the affidavit said.

Next, the male teen suspect stabbed Grant in the chest with the sword, according to law enforcement authorities. After the murder, Grant’s body was tossed over a railing and dragged to nearby foliage, while one of the suspect’s attempted to sterilize the crime scene, police said.

The murder took place Oct. 17, yet Grant’s body was not discovered for another two days, Fox reported.

According to the police affidavit, a knife with a broken blade was found beside Grant’s body.

The teens reportedly burned their clothing in a small fire to further conceal their roles in the homicide. However, police said the deadly attack was captured on video surveillance.

The three teen co-conspirators are charged with first-degree murder, among other charges.