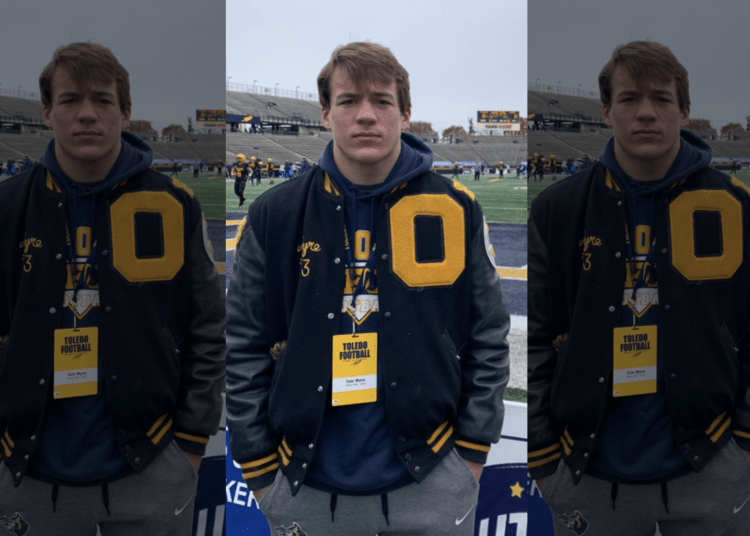 OXFORD, Mich. — Three Michigan high school students lost their lives when they were shot and killed on Tuesday and eight others wounded by a lone gunman who was also a fellow student, Law Officer reported.  Among the dead at the Oxford High School shooting is a 16-year-old young man who is described as a “hero.”

Oakland County Sheriff Michael Bouchard identified the three students who died as Hana St. Juliana, 14, Madisyn Baldwin, 17, and Tate Myre, 16, whose actions in the face of grave danger were described as heroic.

The 15-year-old suspect was uninjured and was taken into custody in the hallway of the school by deputies who arrived within 2 to 3 minutes of the first 911 call reporting the gunfire, the New York Post reported.

The homicidal student clammed up and did not speak to investigators, according to Oakland County Undersheriff Michael McCabe.

Bouchard said that Myre died inside a patrol unit as deputies rushed him to a hospital, Fox News reported.

“One of our deputies, due to the severity of wounds, loaded up one of the children in his car and sadly, that child died in the car,” Bouchard said at a press conference. “One of our employees who was in the 911 center as part of the team taking the emergency calls, had a relative killed. This touches us all personally, deeply and will for a long time.”

“We will leave no stone unturned.”

“This kind of thing can happen anywhere and sadly it happened even in a sweet, quiet community like Oxford,” Bouchard said at the Tuesday night press briefing.

Myre was a junior running back and middle linebacker on the football team. Classmates said he was a hero during Tuesday’s calamity, although specific details were unclear.

His actions were apparently so astounding, that not even 24 hours after the bloodbath, a petition is circulating that calls on the school to rename its Wildcat Stadium after him. Although the small town of Oxford has less than 4,000 residents, the petition has been signed by nearly 44,000 people as of Wednesday morning.

The petition organizer Drake Biggie says Myre’s actions will become legendary and his story should be retold for years to come.

Myre was described by a fellow Michigan high school football player as a beloved athlete in the area.

“He was a standout player. He inspired many people and was loved by many people,” Matt Johnson, 17, told the New York Post.

Johnson, who attends a different high school and has played against Myre, said he was in “utter shock” when he learned of the tragedy.

Baldwin, the oldest of three siblings, was a senior who had already been accepted to several colleges, her family told ClickOnDetroit.

Among the eight wounded is a teacher and two students who are listed in critical condition, Fox News reported.

“A 47-year-old teacher was grazed by a bullet during the tragedy.”

The suspect, who is a sophomore at the school, used his father’s recently purchased handgun in the shooting, Fox 13 reported.

Investigators believe the suspect fired at least 12 rounds and had three 15-round magazines with him. The weapon and ammunition were concealed in a bag that was later found by canine units, the New York Post reported.

“A search warrant was executed at the suspect’s residence and is being inventoried. The firearm used was a 9mm Sig Sauer and had been purchased by the father four days prior to the incident. There was no prior information shared with the Sheriff’s Office or the School Resource Officer before the incident,” the Oakland County Sheriff’s Office posted on Facebook.