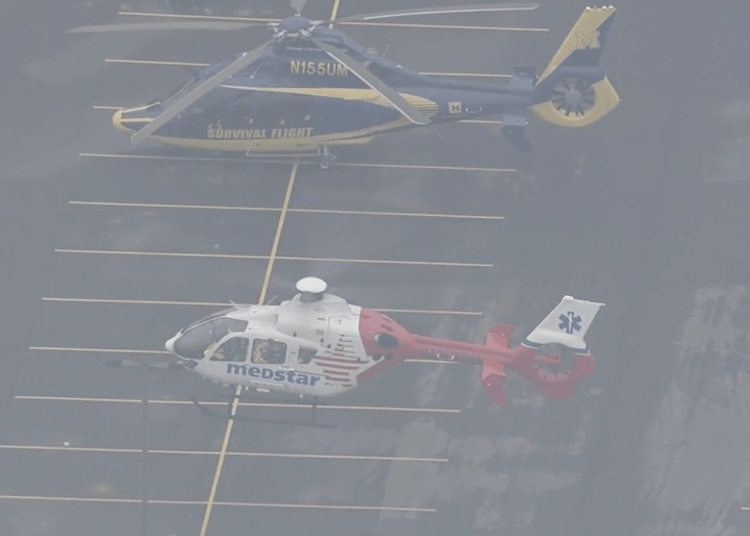 OXFORD, Mich. — A Michigan high school shooter has been apprehended Tuesday after at least three people were killed and six others wounded, law enforcement authorities said. (Later updated to eight.)

Deputies rushed in and were able to take the suspect into custody. A handgun was recovered at the scene, according to the local news outlet.

Oakland County Undersheriff Michael McCabe confirmed that three students were killed and there were at least six other victims wounded, including a teacher.

McCabe also said the 15-year-old suspect is a sophomore at the school. He has reportedly invoked his right to remain silent, FOX 2 reported.

Several EMTs and dozens of law enforcement personnel were outside the high school after the scene was rendered safe.

Other students were bused from the school as authorities reunited students with their parents.

Isabel Flores, a 15-year-old freshman, was inside the school when the suspect opened fire. She told a reporter from FOX 2 they heard gunshots and saw another student bleeding from the face before they all ran from the vicinity through the rear of the school.

Oxford is a small town of less than 4,000 residents. It is located about 30 miles north of Detroit.