Tania Estudillo Hernandez faces charges that include kidnapping, money laundering, illegally conducting or participation in an illegal enterprise and conspiracy. 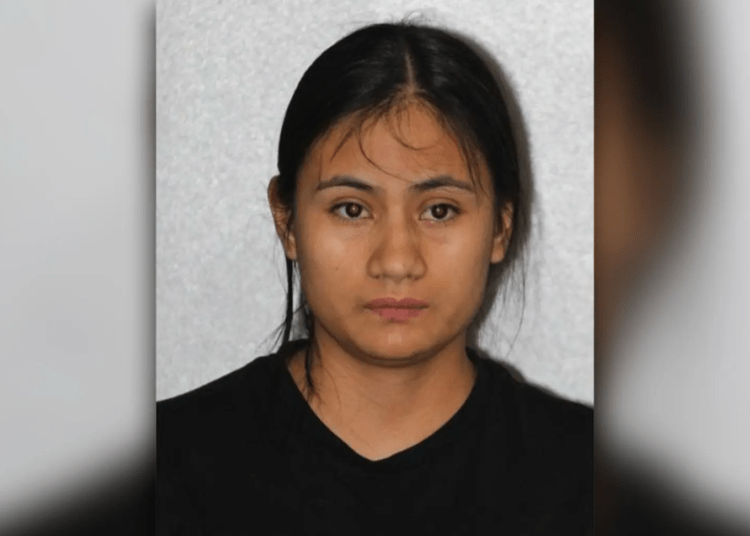 EL MIRAGE, Ariz. – A woman in Arizona is accused of enriching herself by smuggling hundreds of illegal immigrants into the U.S. after they individually paid as much as $15,000 to get across the border, authorities said over the weekend.

Tania Estudillo Hernandez, 24, was taken into custody during a traffic stop while transporting a Guatemalan national. She reportedly smuggled between 80 and 100 migrants per month into the country for the past six months before she was caught on Friday, according to police in El Mirage, Ariz.

“On September 23, 2022, at approximately 9:58 p.m., EMPD officers received a report of a person being held for ransom at 12604 West Dahlia Drive in El Mirage. The complainant stated in the residence there were multiple people kidnapped including her husband.

“EMPD Officers observed a vehicle leave the home. The vehicle was stopped and a suspected human smuggler, Tania Estudillo Hernandez, age 24, was arrested while transporting a Guatemalan national. The arrest was based on evidence of Money Laundering and Conducting an Illegal Enterprise, violations of Arizona State law. Through the investigation, the EMPD learned 80-100 Undocumented Immigrants were held and or processed in the home monthly for at least six months and charged as much as $15,000 U.S. Currency in smuggling fees. EMPD learned that while conducting the traffic stop, two smugglers left the home with 10 Undocumented Immigrants.

“EMPD Detectives and EMPD Neighborhood Enforcement Team Officers responded to further the investigation. The Glendale Police Department’s SWAT team assisted, and a search warrant was served at the home and a semi-auto rifle, two handguns, ammunition, ledgers documenting human smuggling, and other evidence of human smuggling was seized, to include evidence that Tania Estudillo Hernandez managed and directed smuggling operations. One of the handguns was reported stolen out of Phoenix.”

According to a local news outlet, the 10 migrants who fled while the traffic stop was ongoing have not been located, the New York Post reported.

Hernandez was was booked at the Maricopa County Jail on charges that include kidnapping, money laundering, illegally conducting or participation in an illegal enterprise and conspiracy.

The city of El Mirage is located about 25 miles northwest of Phoenix and about 130 miles from Arizona’s border with Mexico.