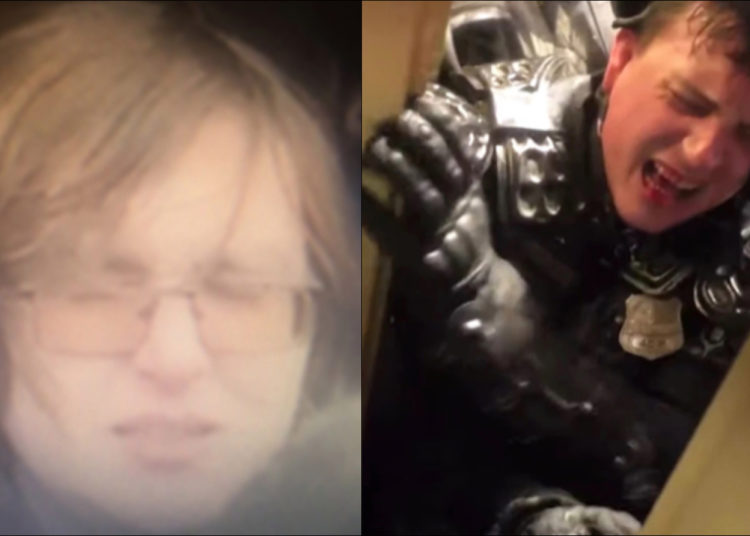 Washington D.C. – The Washington Metropolitan Police Department is looking for a man accused of crushing an officer in a doorway as a violent mob forced their way into the U.S. Capitol January 6th.

Video shows Officer Daniel Hodges, his mouth bloodied, crying out as he is pinned between a sliding door and the door frame.

“At that point that’s where I was to support the defense,” Hodges recalled while speaking to CNN. “I ended up getting pinned there by the crowd, there was a guy ripping my mask off and he was able to rip away my baton and beat me with it.”

You’ve seen images of Ofc Hodges crushed in the doorway during the insurrection at the US Capitol. Now we need your help finding the suspect who used a police shield to pin him against the door jam.
Have info? Call the FBI’s Tipline at 1-800-CALL-FBI (1-800-225-5324) @FBIWFO pic.twitter.com/AZt2lylfj9

Hodges said the man who attacked him was “practically foaming at the mouth.” He said he finally managed to escape the situation after another officer cleared some space behind him and pulled him to the rear.

The 32-year-old officer said he had a headache for a week after the riot and may have had a concussion.