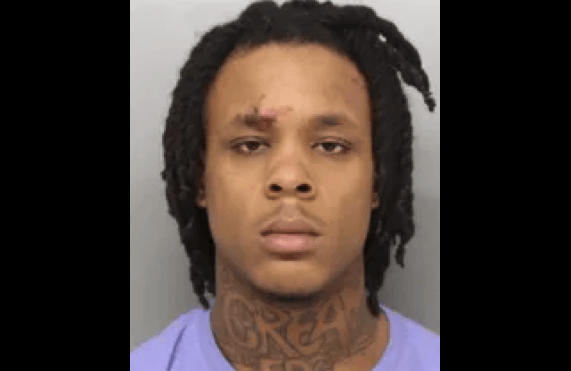 CINCINNATI – In an alarming set of circumstances, a man was arrested Saturday after police said he held a 1-year-old girl at gunpoint forcing her father to lead police on a chase.

As a result, Carson Underwood, 18, is charged with kidnapping, drug trafficking and weapons charges, The Enquirer reported.

According to court documents, plainclothes police officers observed Underwood selling drugs. Afterward, they saw him get into the backseat of a 2009 Buick.

Consequently, police said they tried to stop the vehicle, but the driver refused to stop.

Eventually, Underwood jumped out of the car while it was still moving and was taken into custody, according to arrest records. Officers said he collided with a parked car, injuring himself, reported The Enquirer.

The two adults in the car told police Underwood pointed his Taurus 9 mm pistol at the baby’s head, forcing the driver to flee from police. The report did not say what their relationship was to the suspect.

Officers said the firearm was recovered along with over a gram and a half of fentanyl from Underwood’s pocket.

Underwood is barred from possessing firearms due to prior violent felony offense, according to court records.

He was booked at the Hamilton County Justice Center on a $155,000 bond.