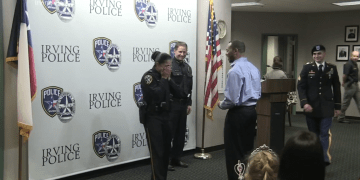 The timely reunion occurred after a two-year absence 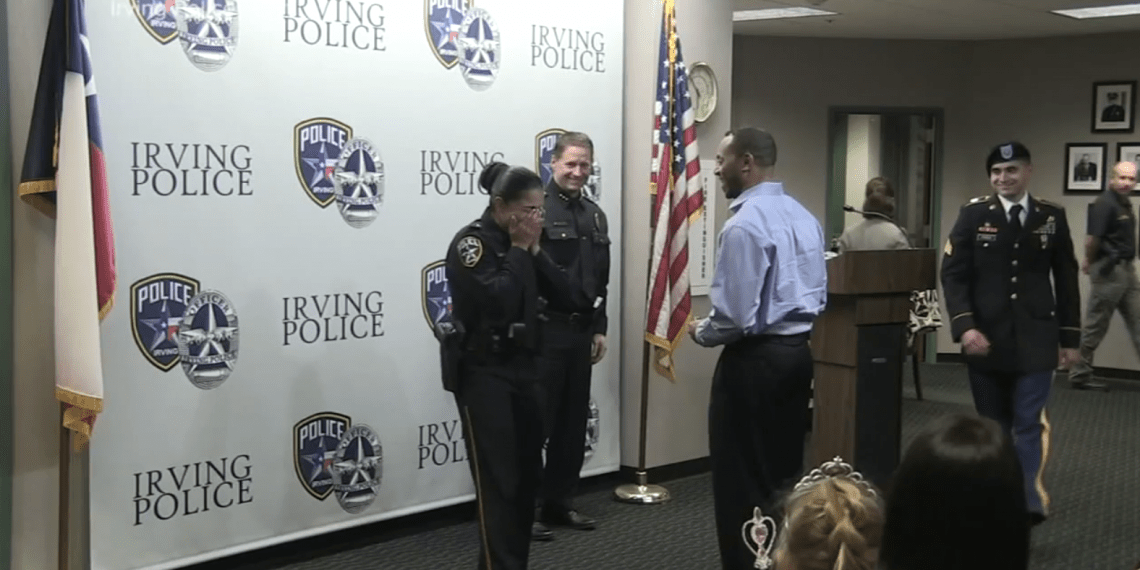 Erika Benning was poised to become one of the Irving Police Department's newest officers when her son, Army Sgt. Giovanni Pando, 21, arrived to pin the badge on her uniform. (Screenshot WABC-TV)

IRVING, Tx. — After being away from home for two years, a soldier returned in a timely manner to surprise his mother as she was sworn in as a police officer.

Erika Benning was poised to become one of the Irving Police Department’s newest officers when her son, Army Sgt. Giovanni Pando, 21, arrived to pin the badge on her uniform, WABC-TV reported.

Pando is stationed in Germany, but Benning’s husband helped the police department coordinate the memorable moment. Although they’ve been separated, Benning said they try to communicate daily.

“When my son came around the corner and I realized that this was real, my breathing just started to slow down, and everything just felt really tight,” Benning told CNN. “I just didn’t want to pass out because I wanted to enjoy every moment of it.”

Becoming a law enforcement officer has been a dream since she was a child. Nevertheless, Benning had to put her professional ambition on hold when she gave birth to her son.

Moreover, Pando said when his time in the Army comes to a close, he wants to follow his mother’s lead into law enforcement.

“She’s never let something stop her from achieving what she wants. And while raising me, that’s always something she’s preached to me. If you want something, work for it and you’ll achieve your goal,” Pando told CNN.