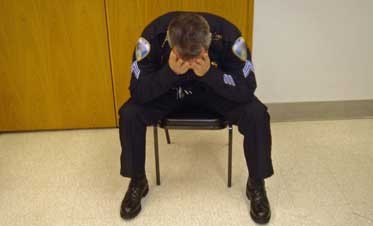 A new study by researchers at the University of Texas at Dallas reports that factors like divorce and debt increase police officers’ likelihood of using deadly force.

The study titled, “Assessing the Relationship Between Low Self-Control and Officer-Involved Police Shootings” was published in the journal Police Quarterly, focused on indicators in officers’ personal lives.

Researchers gathered data from 1,935 Philadelphia police officers, 5 percent of whom were involved in shootings.

The study found that officers who exhibited poor personal self-control, as determined by eight factors, were more likely to use deadly force. The factors were:

For each indicator, likelihood of involvement in a shooting increased 21 percent.

The findings of the study may show a need to continue background checks well into an officer’s career.  All of these indicators are factors in whether someone is hired so presumably officers are encountering these issues once they are on the job and it makes sense that attention is paid to them.  It should be noted that the federal government continues background checks during the entire career of an agent and that is typically done every five years.