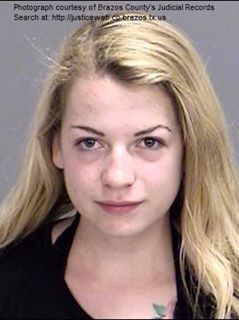 Don’t drink, drive and Snapchat. That’s the lesson for a 19-year-old Texas A&M student who was caught topless after allegedly crashing into a police car.

According to Click2Houston, Miranda Kay Rader crashed into the patrol car of Bryan (TX) Police Officer John Sartell with her SUV.  When he approached Rader, he saw that she was wearing an “unclasped brassiere” and was trying to put her blouse back on.  He also found an open bottle of wine in the vehicle.

Rader said that she was taking a Snapchat photo to send to her boyfriend while she was stopped at a red light.

Rader was arrested on suspicion of driving while intoxicated with an open container, and issued a ticket for minor in possession.

Share and speak up for justice, law & order...
Tags: accidentbraNewswreck