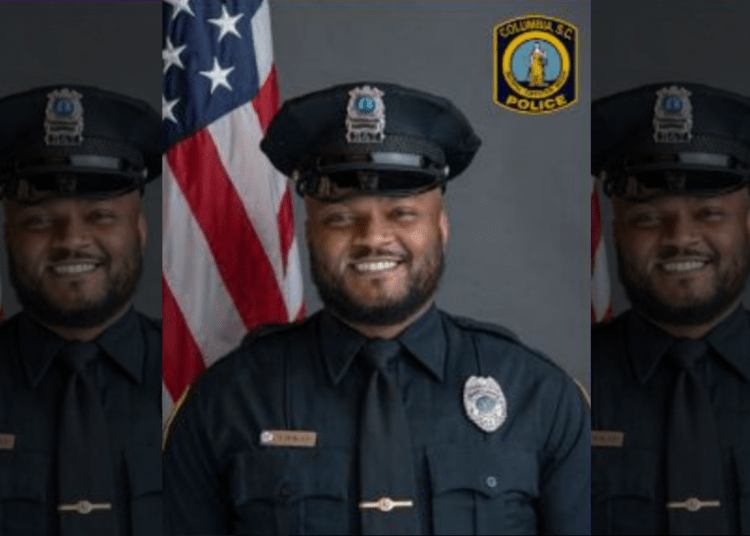 COLUMBIA, S.C. – The Columbia Police Department is mourning the death of Master Police Officer Tyrell Owens-Riley. He died Saturday while engaging in fitness testing as part of a SWAT assessment, according to police.

“It was with a heavy heart that Columbia Police Chief (Skip) Holbrook shares the passing of a dedicated police officer,” the agency said in a press release.

As Owens-Riley participated in the physical fitness assessment for the Columbia police SWAT team, he suffered a medical emergency. He became sick and was taken to a local hospital where he suffered cardiac arrest and could not be revived, the department said.

Owens-Riley was a native of Columbia and seven-year veteran with the police department. Most recently, he was assigned as a patrol officer in Metro Region, reported The State news outlet.

The department said Owens-Riley “served with distinction with the United States Marine Corps,” prior to becoming a police officer.

Flags are at half-staff @ColumbiaPDSC Headquarters tonight in loving memory of Master Police Officer Tyrell Owens-Riley who passed away earlier today. His patrol car is draped in black along with mourning flower bouquets. pic.twitter.com/dq45efXqek

Flags at the Columbia Police Department were lowered to half staff Saturday in memory of the fallen officer. His patrol unit was adorned in black along with mourning flower bouquets.

Our prayers and support are with the family of Master Police Officer Tyrell Owens Riley and the @ColumbiaPDSC.