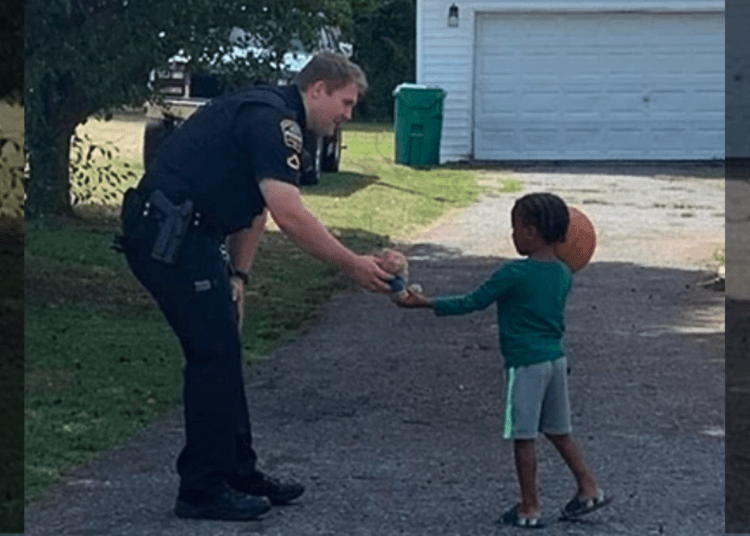 SPARTANBURG, S.C. — The Spartanburg County Sheriff’s Office in South Carolina sadly reports that a deputy was shot and killed Tuesday evening while responding to a domestic disturbance.

Lt. Kevin Bobo said the deputy was shot as he approached the home. The suspect drove off and was wounded during a subsequent exchange of gunfire with other responding deputies, officials confirmed, according to WFLA.

Sheriff Chuck Wright said the unnamed suspect was wounded and remains hospitalized with undisclosed injuries following the gun battle. His medical condition was not provided.

According to Sheriff Wright, the deputy had been with the department for about three years.

No further details regarding the OIS were immediately released.

The Spartanburg County Sheriff’s Office posted a tribute to Deputy Aldridge along with a picture of him handing a teddy bear to a little boy.

“Deputy Aldridge served the citizens of Spartanburg with a servants heart and a passion to truly make a change. Words can’t adequately describe this photo (above), but Deputy Aldridge’s actions day in and day out changed lives. We will miss you Austin.”

The deputy’s patrol unit was adorned with flowers and stuffed animals at a makeshift memorial at the department on Wednesday.

“Deputy Aldridge’s patrol vehicle has been parked in front of the SCSO and will serve as a memorial for the community to come pay their respects,” the agency noted.