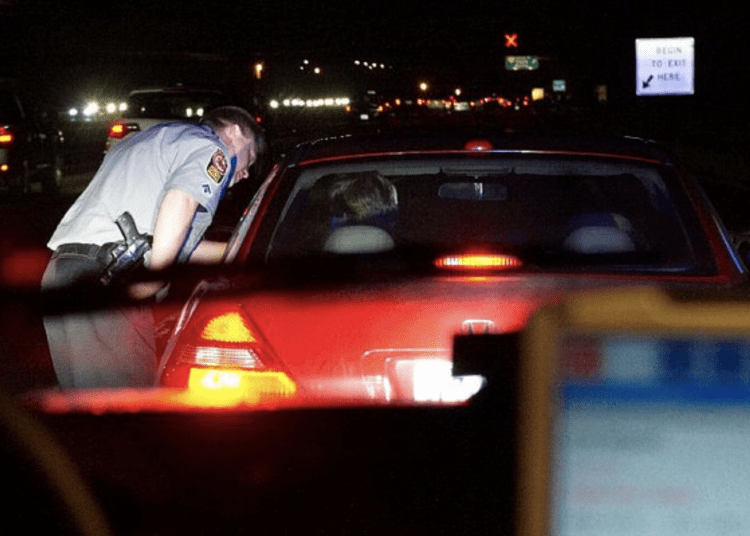 Each day’s news brings more and more anti-police rhetoric from politicians, clergy, and news media. Our children are force-fed anti-police beliefs in the local schools. A friend posted just the other day how her daughter’s glee club was being forced to sing an anti-police themed song. It can get pretty depressed to be constantly told how evil you are when you are trying your best to help the people of your community.

That’s why a posting I read online yesterday struck such a chord with me. I have an app on my phone called, Nextdoor. You download it and after joining it groups you with others from your neighborhood. It may not be available in your area but here in Chicago’s Mayfair community, it is popular.

People use it to find dog walkers, plumbers, lawn services and that sort of thing. They also talk about when their car was broken into or garage burgled. We have had a rash of coyote sightings lately so that has been a big topic.

Last night a gentleman left a post thanking one of our local officers. I asked for and received his permission to post it here.

“Got pulled over by the police last night and just wanted to say … Officer Soto is an outstanding Policeman. Had no idea why I was being pulled over… First time in probably 20 years… Those Blue lights naturally make you nervous… Turned out my Headlights were off. But sometimes the Police don’t get a lot of positive feedback or it gets lost in all the negative.

“This officer was the consummate professional and example of great policing in his manner, approach, consideration, and general all-around act as a Police Officer.

“Officer Soto…We are a better community because of Men and Women like him. And though He’s at the top of the heap in my opinion I know he is not alone. We should all be mindful of their very hard job and recognize when they step outside the box of just being average to just get by and standing by their oath above average… Serving and protecting is a high calling…”

Every comment in response was pro-police, and there are 120 Likes to the post. It left me with a good feeling. I think it is a feeling that more police officers need.

There still are people that respect the police. The problem is they just don’t get heard over the hate coming from the political podium and news media.

Police officers need to know this. They need to be reminded regularly that people still care and appreciate the job that needs to be done. Officers need to be reminded occasionally so they never forget that a simple smile and wave can help bridge the gap. Telling someone their taillight is out and not giving them a ticket goes a long way towards making friends or keeping friends. Little things add up to mountains over time. Most of you are aware of this but on occasion the memory gets cloudy.

Departments around the country have created wonderful commercials with singing and dancing police officers. Coffee with a cop is often held in the local coffee shops. Neighborhood relations hold Christmas parties and BBQs. I don’t know if they help with our public relations, but I do know that holding the door open for the next person as you go into a restaurant and giving them a smile can be just as effective.

I remember my old FTO who was working days. When it was slow, he would just cruise up and down the side streets. He would compliment the people on their lawns and gardens. He always said good morning to people walking their dog. He would stop at the intersection so the older people could get across the street without worrying. In return, these people got to know him and respect him. He also was often the first to get tips and clues about burglars and problems in the area. I was on the Tact team so he would often pass this to me.

Now I don’t think he ever got out of his vehicle. He just kept the window down. It was old-fashioned policing and it was effective. It worked because the local neighbors liked and respected him.

As I am working on this article more pro-police responses are being posted to the Nextdoor post from last night. I wish more people took the time to reach out and let officers know they are appreciated.

Stay safe my brothers and sisters in blue, run low and zigzag

Note: More articles from Robert Weisskopf as well as links to his books can be found on his website www.bobweisskopf.com.