The chief hopes other agencies will follow his "lead"... 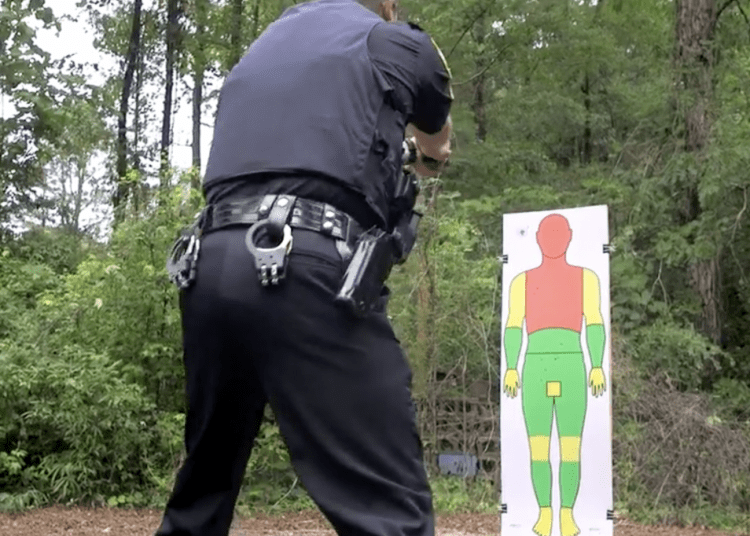 LAGRANGE, Ga. – LaGrange Chief Louis Dekmar believes he has the answer to the controversy involving police shootings. His agency is likely the first in the nation to launch a training program called “Shoot to Incapacitate.” Rather than training officers to shoot a violent suspect—posing a deadly threat—in the center of their body, this new program will train officers to shoot suspects below the torso.

The training is allegedly designed to disarm or injure violent suspects rather than kill them. Aside from wildly reducing actual target areas during a violent confrontation, this training contradicts long-proven law enforcement principle that shooting at “center mass” has the best potential for stopping deadly and imminent threats that violent criminals pose.

According to Chief Dekmar, this new training gives officers another “option” if they must fire their weapons in the line of duty. In some instances where officers are authorized to use deadly force, now they have the option to aim for the pelvic region, abdomen, legs and arms of a person posing a threat. The idea is that a gunshot to these areas—while still potentially deadly—could stop the threat while increasing the chance that the wounds will not be fatal.

“It’s a responsibility, in my opinion, of any police leader to look at options for their police officers so that a deadly force encounter doesn’t necessarily end in a deadly result,” Chief Lou Dekmar told the Atlanta Journal Constitution.

Chief Dekmar hopes that his idea catches on. And he has already heard from other departments that they are interested in following his lead.

Dekmar served as the President of the IACP in 2017 and 2018. Despite the threat of deadly force posed by criminals, the IACP endorsed the use of “warning shots” in a consensus policy in 2017.