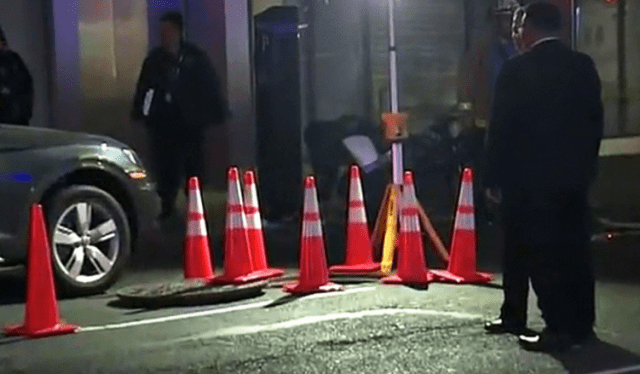 Shocking discovery made inside manhole puts NYPD detectives to work

Shocking discovery made inside manhole puts NYPD detectives to work

NEW YORK – A shocking discovery was made inside a New York City manhole, which will put another case on the plate of NYPD detectives.

The startling discovery was made around 3 a.m. by a Verizon utility crew that had been working in the area of Manhattan’s Columbus Circle, according to FOX5NY.

“Upon arrival, officers observed an unidentified adult male, unconscious and unresponsive, whose body was discovered in a state of decomposition,” the New York City Police Department said in a statement. “EMS responded to the location and pronounced the male deceased at the scene.”

The Medical Examiner was on scene a short time later trying to determine how to remove the body, according to the report.

The body is now being checked by the medical examiner in order to determine the cause of death. The victim has not yet been identified.

It’s not immediately clear how long the body was inside the manhole before it was found.

So now, NYPD detectives will add another homicide to their case files for ongoing investigation.