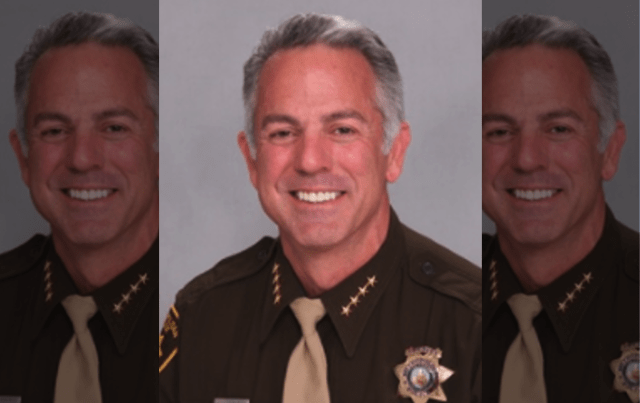 NEVADA – Sheriff Joe Lombardo, a Republican, is projected by the Fox News Decision Desk to become the next Governor of Nevada, defeating Democratic incumbent Steve Sisolak.

Lombardo served more than two decades with the Las Vegas Metropolitan Police Department before becoming Clark County Sheriff in 2014. Sisolak was elected governor in 2018 after spending nearly a decade as a Clark County Commissioner.

Crime, inflation, the economy, education, and the governor’s leadership in dealing with the coronavirus pandemic were key issues in the gubernatorial campaign, Fox reported.

The Republican Governors Association released a statement Friday night regarding the victory.

“The RGA is excited to congratulate Governor-elect Sheriff Joe Lombardo on winning Nevada’s gubernatorial race,” said RGA Co-Chairs Governors Doug Ducey and Pete Ricketts. “After four years of Steve Sisolak’s small business and job-killing policies, Governor-elect Lombardo’s unique perspective as a seasoned law enforcement officer and fiscal conservative will get the state moving in the right direction on behalf of all Nevada families. The RGA was proud to be a crucial partner in this race to elect Joe and fire Steve Sisolak. Our independent expenditure effort in Nevada was the largest in RGA history and we’re excited to have Joe joining our ranks.”