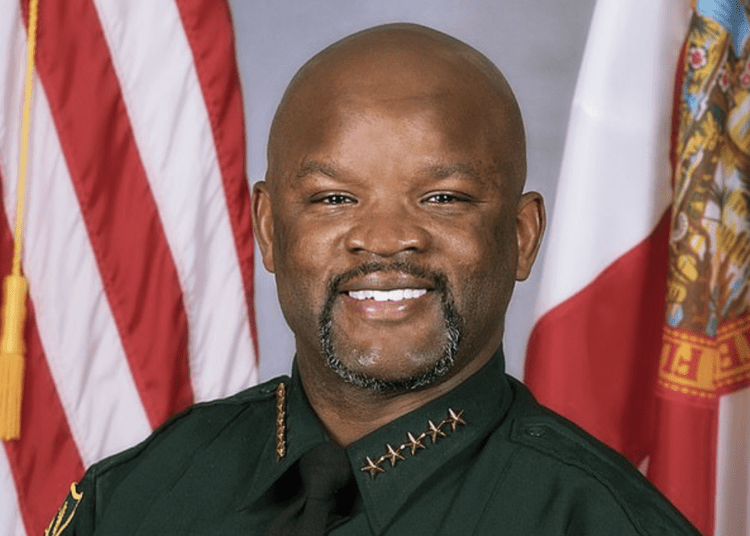 FORT LAUDERDALE, Fla. – Broward Sheriff Gregory Tony went on the record, speaking to a local news organization Sunday at BSO headquarters. He was addressing a report that was published Saturday by a watchdog news group that revealed he was involved in a fatal shooting in 1993.

The sheriff calls it a “violent encounter” that he and his brother endured. It was May of 1993 when Tony shot and killed 18-year-old Hector Rodriguez, Local 10 reported.  The future sheriff was 14-year-old at the time, and living in an inner city Philadelphia neighborhood.

“Unfortunately, we had a dispute with him — my brother and me — in front of our home and he made threats to kill us and he literally pulled out a gun. He had no problem with shooting us right there,” Tony said, calling it an act of self defense.

“That’s a little more than a joke,” he commented, referring to a headline after the incident in a Philadelphia newspaper that reads: ” ‘Joke’ turned sour for 2 pals in North Phila.” Rodriguez was shot multiple times.

“There was no crime, no arrest and this was considered a self-defense case, as it should have been,” the sheriff said.

Reporters asked Tony why the details were not disclosed when he became a peace officer in Coral Springs, or when he was appointed head of the Broward Sheriff’s Office in 2019?

“Whether I’ve said it in an interview or saying it right now, this is not something that I’m afraid to speak about in public,” Tony told Local 10. “But the reality is, in an application process, when you’re coming in for an employment, one, it doesn’t require you to bring it up, and two, I don’t want to be some 14-year-old black kid who survived a shooting. I don’t want to be someone’s victim.”

Tony said he was cleared of any criminal culpability.

“The way things panned out, I was quicker in the house than my brother to grab the gun,” Tony told Local 10. The Bulldog reported that the gun belonged to Tony’s father, which the sheriff does not dispute.

“Under Pennsylvania law, juveniles are not arrested, they go through a petition of delinquency. It never came up on my background checks or clearances, since I was a juvenile and I didn’t commit a crime, as it was self-defense,” Tony told St. Petersburg-based political website, Florida Politics.

Tony responded to recent critique from a woman who was Rodriquez’ girlfriend at the time of the shooting: “Am I sympathetic to someone losing a loved one? Absolutely. But at that the same time, I have no regrets that I survived a violent attack by their loved one who was trying to kill me and my brother.”

Earlier this month, Tony released his law enforcement application to Coral Springs police, but his only disclosure was marijuana use in the early 1990s.

The sheriff was asked if he tried to conceal the information. Tony said that he’s talked about it publicly while mentoring children and has shared the story in church. He said the encounter has been a driving force for him to excel in life.

Local 10 also wanted to know how, and if, Tony would respond administratively if one of his long-time deputies had something from their past revealed in the same manner. The sheriff said that he would take no action because no ethical laws or rules were broken.

Tony believes release of the 1993 story is politically motivated because he is running for election in 2020 to keep his post as Broward County Sheriff and this is a way to smear his name. “It’s being used as a political tool.”

Tony is one of 11 candidates competing for the sheriff’s position. Among his competition is ousted former sheriff, Scott Israel.

Deputy killed in collision while responding to call of domestic violence