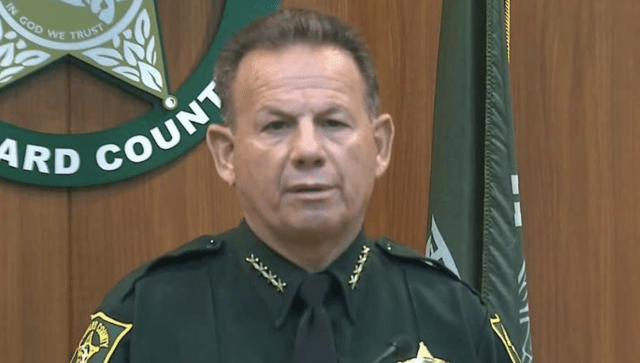 “I hope the outcome provides some measure of relief to the Parkland families that have been doggedly pursuing accountability,” Gov. Ron DeSantis, a Republican, said in a statement after the vote.

Amazingly, all five state senators representing Broward County voted for Israel to remain in office. However, parents of victims said they viewed that as an act of betrayal.

“That was very difficult to watch. They cried with us. They might even have seen my child dead, and so it was very difficult, and I know the Broward County voters are watching,” Lori Alhadeff, whose daughter Alyssa was killed at the school and has since been elected to the Broward School Board, told the Sun Sentinel.

The chamberwide vote Wednesday confirmed an initial decision made by the state Senate Rules Committee Monday. The four Broward County senators on that committee voted to reinstate the sheriff, prompting the families of many Parkland victims to crowd the offices of state senators pleading for them to permanently oust the sheriff when the vote came to the floor.

.⁦⁦⁦@SenatorThurston⁩, who supports reinstating Scott Israel as Broward sheriff, tells ⁦⁦@FLSenateDems⁩ that he understands feelings of #Parkland families who want Israel permanently removed. “If I was a parent I would want vengeance too.” pic.twitter.com/SNuNrnEVQX

State Sen. Perry Thurston told fellow Democratic senate lawmakers earlier Wednesday that “if I was a parent I would want vengeance too” but claimed “95 percent of Broward County feels differently about the attempt to remove the sheriff.”

Another Broward County Democratic senator, Gary Farmer, told the Sun-Sentinel emotions should not trump the rule of law in Israel’s case.

“Because of the horrendous and ghastly nature of that event, it’s easy to be moved by the emotion and the pleas of the parents who are still grieving and who forever will be grieving for the loss of their children,” Farmer said. “We are a country founded on rule of law. We cannot base our decision on emotion.”

Israel originally was suspended in January by Florida Gov. Ron DeSantis over “repeated failures, incompetence, and neglect of duty,” in relation to the Parkland school shooting in 2018 and the Fort Lauderdale International Airport shooting in 2017.