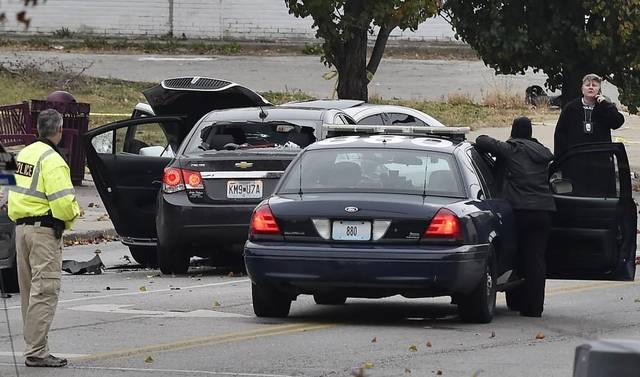 At 2:18 a.m., Kansas City police officers were called to the area of Gregory Boulevard and Prospect Avenue after a report of the sound of gunshots. Upon arrival, officers observed people actively shooting at one another.

Fearing for safety, one officer fired shots, according to Capt. Stacey Graves, a Kansas City police spokeswoman. Because of the gunfire, three vehicles were involved in an accident.

Officers heard shots fired in their immediate area for several minutes while vehicles near the initial shooting scene were involved in a rolling gunbattle. A citywide assist was issued and numerous law enforcement officers from numerous surrounding agencies responded.