The appellate court says the administration can withhold grant money 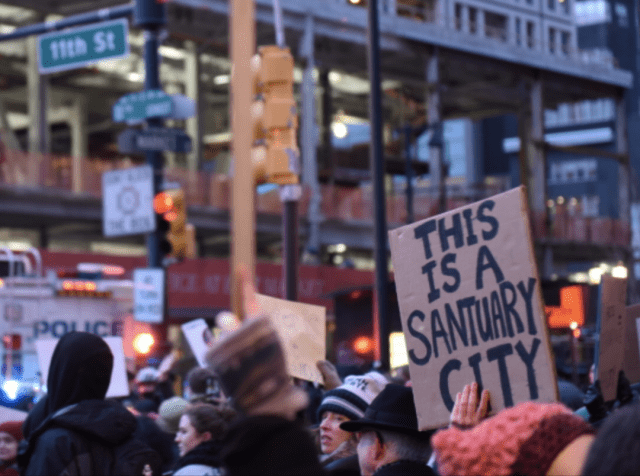 NEW YORK – A federal appeals court on Wednesday handed a major win to the Trump administration in its fight against “sanctuary” jurisdictions. The ruling reverses a lower court decision saying the administration can deny grant money to states that refuse to cooperate with federal immigration authorities.

The United States Court of Appeals for the Second Circuit in New York overturned a lower court ruling that stopped the administration’s 2017 move to withhold grant money from the Edward Byrne Memorial Justice Assistance Grant Program, which dispenses over $250 million a year to state and local criminal justice efforts, Fox News reported.

“Today’s decision rightfully recognizes the lawful authority of the Attorney General to ensure that Department of Justice grant recipients are not at the same time thwarting federal law enforcement priorities,” a DOJ spokesman said in a statement. “The grant conditions here require states and cities that receive DOJ grants to share information about criminals in custody. The federal government uses this information to enforce national immigration laws–policies supported by successive Democrat and Republican administrations.”

“All Americans will benefit from increased public safety as this Administration is able to implement its lawful immigration and public safety policies,” the statement said.

This decision conflicts with rulings from other appellate courts in the country regarding sanctuary policies. As a result, there is a likely showdown brewing in the Supreme Court of the United States.

New York City and liberal states including New York, Washington, Massachusetts and Connecticut sued the government, and the U.S. District Court for the Southern District of New York backed them — ordering the money be released and stopping the government from putting immigration-related conditions on grants, according to Fox.

But the appeals court ruled that it “cannot agree that the federal government must be enjoined from imposing the challenged conditions on the federal grants here at issue.”

“These conditions help the federal government enforce national immigration laws and policies supported by successive Democratic and Republican administrations,” the court ruled. “But more to the authorization point, they ensure that applicants satisfy particular statutory grant requirements imposed by Congress and subject to Attorney General oversight.”

Moreover, the Second Circuit also disagreed with the district court’s claim that the conditions intrude on powers reserved only to states, noting that in immigration policy the Supreme Court has found that the federal government maintains “broad” and “preeminent” power.

The ruling marks a key win for the administration in its efforts to crack down on the continued use of “sanctuary” policies, which essentially handcuff local police officers who’d otherwise like to assist their federal brothers and sisters in arms.

Such policies generally forbid local law enforcement from honoring detainers — requests from Immigration and Customs Enforcement (ICE) that they be alerted to of an illegal immigrant’s release from custody so they can be be picked up by ICE and put through deportation proceedings.

Proponents of the policies claim it makes cities safer because it encourages illegal immigrants to cooperate with police without fear of deportation. But the Trump administration has been relentlessly pushing back by highlighting cases in which criminals are released onto the streets only to re-offend.

It has also deployed a series of measures to combat the practice, including deploying elite Border Patrol agents to sanctuary cities to help ICE track down and detain criminals.

Moreover, the Justice Department recently announced a slew of measures, and President Trump has called on Congress to pass legislation that would allow victims of crimes committed by illegal immigrants to sue sanctuary cities and states.

“Not one more American life should be stolen by sanctuary cities; they’re all over the place and a lot of people don’t want them,” Trump said at the State of the Union address this month.

Chicago mayor: ‘If ICE is complaining, then they should do their job better’ after 3-year-old sexually assaulted