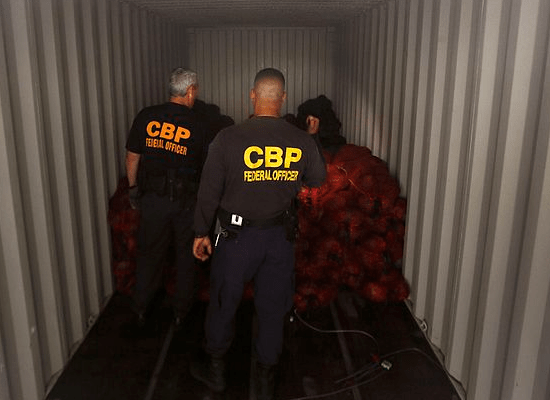 In an assertive move, the Trump administration is deploying border patrol agents to sanctuary jurisdictions across the U.S. to help Immigration and Customs Enforcement (ICE) track down and detain illegal immigrants freed by left-wing cities and states. The move is a response to these jurisdictions undermining federal immigration law.

The administration is sending 100 specially trained officers to work with ICE from February to May. Among the agents are members of BORTAC, a special tactical unit of the U.S. Customs and Border Protection (CBP), reported The New York Times.

Such agents are equipped with specialized gear and typically conduct high-risk operations targeting individuals known to be violent and those with significant criminal records, the Times reported. ICE primarily focuses on illegal immigrants with criminal records, but will not rule out detaining others as “collateral” arrests.

In a statement Friday, the CBP said the crisis at the border led to an increase in so-called non-detained cases — 3.2 million in fiscal year 2019, up from 2.6 million in FY2018. ICE struggled to keep up, particularly as more jurisdictions implemented the controversial sanctuary policies, Fox News reported.

“With 5,300 [Enforcement and Removal Operations] law enforcement officers – some of whom were detailed to the border – ICE does not have sufficient resources to effectively manage the sustained increase in non-detained cases which is exacerbated by the rise of sanctuary jurisdictions,” the statement said.

Moreover, the administration said agents and officers come from a number of sectors and positions.

“These officers have also been trained in routine immigration enforcement actions which is what they have been asked to do. All CBP officers and agents are FLETC-trained [Federal Law Enforcement Training Centers], just like ICE, and are more than capable of helping ICE fulfill their mission,” the statement said.

As expected, local Democrat officials responded to the push by doubling down on their policies, which ultimately creates greater risk to the communities, according cops on the beat. Nevertheless, liberal politicians and police leaders accountable to them continue to fight the federal government on the issue.

Regardless of your immigration status, I want every Angeleno to know your city is on your side. Here in Los Angeles, our police department does not coordinate with ICE or participate in immigration enforcement.

“Regardless of your immigration status, I want every Angeleno to know your city is on your side,” Los Angeles Mayor Eric Garcetti said in a video message. “Here in Los Angeles, our police department does not coordinate with ICE or participate in immigration enforcement.”

“Can you imagine if they said the same thing about other federal agencies,” said Jim McNeff, retired police lieutenant and author of several law enforcement publications. “Replace ICE in the equation with DEA, ATF, FDA, EPA, IRS, FBI, etc., and what do you have? Political whims overruling law and order.”

“It’s pandering,” he said, “and it’s done at the peril of law abiding citizens.”

“Think of it this way,” McNeff continued. “If the policy or law — whether it’s drugs, the homeless crisis, or sanctuary cities — would be detrimental to your private residence and home life, why would the government embrace it for its’ cities and states? It makes no sense, yet they cater to an ideology that crushes civil order. We have evidence of this in nearly every major U.S. city.”

Finally, McNeff concluded, “It’s masked as compassion when in reality it’s cruel. Select members of government implement policies that erode the public fabric while expanding their base of power.”

The push comes amid a broader effort by the Trump administration to crack down on states and cities that implement sanctuary policies. Such policies limit local law enforcement cooperation with federal immigration authorities in an effort to shield illegal immigrants from deportation. Specifically, they refuse to honor detainers — requests that ICE be alerted of an illegal immigrant’s release from custody so they can be transferred into ICE custody.

The Trump administration has opposed the practice. The Justice Department this week announced a slew of measures to tackle it, and President Trump has called on Congress to pass legislation that would allow victims of crimes committed by illegal immigrants to sue sanctuary cities and states.

The horrific cases continue to be documented, but the battle lines have been drawn and nothing seems to convince sanctuary city leaders otherwise.